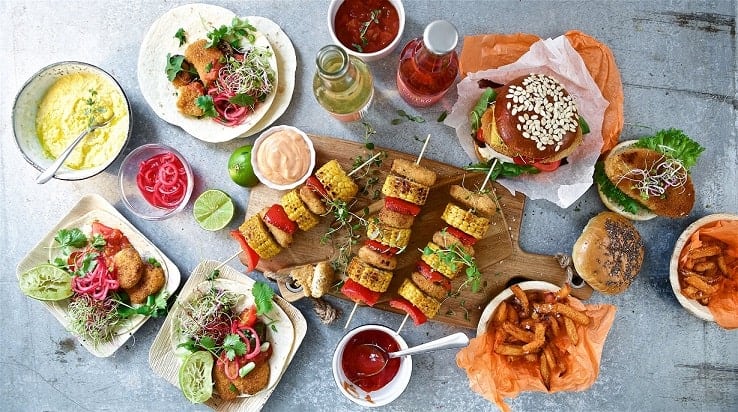 Wide Open Agriculture (WOA), an Australian company whose subsidiaries include Dirty Clean Food and OatUP, has signed an agreement with Monde Nissin Australia to supply its plant-based Buntine Protein. Buntine is a lupin-based protein concentrate that WOA claims can be used as a main ingredient to replace animal-based ingredients in food and beverage applications.

In response to the growing plant-based foods sector, Monde Nissin Australia will use Buntine Protein – made with lupin seeds regeneratively grown in Australia – to develop various food and beverage products for the Australian market. It is estimated that Monde Nissin will purchase up to 60% of the total production of Buntine Protein from WOA’s expanded pilot production facility over a two-year period.

Monde Nissin Corp is the top instant noodle producer in the Philippines and is showing increasing interest in its plant-based operations as owner of UK-based producer Quorn, as well as Cauldron Foods, producer of vegetarian and vegan foods also based in the UK. The company’s plant-based portfolio contributed 22% to Monde Nissin’s net sales of $1.4 billion last year. Monde Nissin Australia is the owner of leading food and beverage brands Nudie, Black Swan, Peckish, and Wattle Valley.

“This is absolutely validation”

WOA recently announced a $20 million raise to transition into plant-based production and construct a factory to focus on oat and other varieties of plant milks. The funds have also been used to support the expansion of its pilot facility which is currently under construction. The facility will enable the in-house development of plant-based food and beverage products as well as the development of the proprietary IP for Buntine Protein.

“This is absolutely validation”, stated Chairman of WOA Anthony Maslin. “Monde Nissin’s demonstrated desire to take what is effectively all we can produce other than what WOA will use ourselves – before we have turned the pilot plant on – tells you that their interest is much greater than that. They are not alone in this interest either. Some of the biggest food companies in the world are interested in using Buntine Protein.”