The humble oat has come of age. The meteoric rise of oat milk has catapulted this unassuming grain into the limelight, sparking a frenzy of interest in what was long regarded as a wholesome, traditional and, frankly, rather dull ingredient. Report by David Peters, Founder of Oatworks and former Head of Oatly UK (full bio below article).

This “overnight” success story has, in fact, been centuries in the making, but it is only in the past few years that oats have captured consumers’ and manufacturers’ attention to this degree. Largely regarded as a breakfast staple, a fundamental component of porridge, muesli and breakfast cereals, oats occasionally ventured out into flapjacks, nutritional bars or bread, but generally did not stray too far from the start of the day. That’s all changing though, with food and drink brands scrambling to associate themselves with the hottest ingredient in town and launch new products containing oats. You can now consume oats for breakfast, lunch and dinner, as well as in indulgent treats between meals, thanks to some exciting innovations in both new product development (NPD) and ingredients.

When the Oatworks brand was launched in 2012, even its founder (and your author) would have struggled to imagine that, within just nine years, oat milk would become the second most-popular plant-based drink in the US.1 In the UK, it has managed to go one better, replacing almond milk and soy milk in the number one slot.2 The first generation of oat milks were fine for making oatmeal but didn’t perform well in coffee. It was the launch of Oatly’s barista oat milk which transformed the sub-category and turbocharged oat milk’s rapid ascent into the mainstream. Now, we are starting to see the arrival of the third generation of oat milk products – those with functional health benefits. In a very timely move, Alpro has launched a Daily Immunity Support oat milk in the UK, fortified with Echinacea to boost the immune system, while in the US, Califia Farms has introduced its Protein Oat product, containing pea protein, omega-3 and calcium. With some plant-based drinks possessing very little nutritional value, these are welcome additions to the oat milk family.

Some of the most impressive NPD work ever seen in the food and drink industry has taken place in the field (or should that be lab?) of plant-based meats. While global brands, such as Beyond Meat, Impossible Foods and Quorn have dominated the headlines, a less well-known but just as innovative brand from Finland, Gold&Green, produces a range of pulled oats and oat balls. The company recently announced that fast-food chain, Taco Bell, would be introducing a range of Pulled Oats fillings in its UK restaurants.

If you’d like some mayonnaise with your oat patty and want to keep things oat-based, you’re in luck: Schlagfix, a German, vegan brand, has developed a mayonnaise made from oats.

While there are not yet any hard cheeses made from oats on the market, Oatly has just launched its creamy “cheese” spread in the UK. A long-established favourite in Scandinavia, the oat spread is now available at major UK retailers, Tesco and Sainsbury’s.

Also originating from the US is a brand called Grainful, who make frozen ready-meals, based on a blend of – you guessed it – grains. You can now enjoy a Thai curry or Chana Masala with a healthy helping of oats included.

Another spread made from oats is Miyoko’s butter spread, a cultured, vegan butter from California.

It’s not all about health though and there are several more indulgent, oat-based products hitting the shelves and freezers. First up is So Delicious, a range of oat milk-based “ice-creams” in the US.

While we’re on the subject of chocolate, we’re seeing oat-based NPD in this space from both start-ups and well-established brands. Founder of the HiP brand, James Cadbury, knows a thing or two about chocolate, and he’s behind the imminent launch of a range of oat milk-based chocolate bars. Another company with a fine heritage in quality chocolate is Swiss brand, Lindt & Sprüngli, who have also chosen oat milk as the base for their vegan “Hello” range.

If you prefer to drink rather than eat your chocolate, Mars has launched a liquid version of its best-selling bars in the form of an oat-based, vegan milkshake.

Oats also provide the plant-based element for Nescafé Gold’s Oat Latte, a vegan instant coffee. Nestlé and Starbucks have already combined in the US for a range of non-dairy creamers and, with oat milk due to be rolled out across all Starbucks’ US stores this spring, following similar launches in China and Canada, it’s clear that coffee and oat milk make a very happy couple.

Thanks to some incredible product innovation in a comparatively short space of time, it is now possible to enjoy a three-course meal, in which almost every component contains some form of oats, rounded off with an oat-based chocolate and coffee with oat milk. So, why have brands embraced oats with open arms and included them in so many different products?

From a marketing perspective, the rise and rise of Oatly has clearly been a big factor. When deciding on how to position a plant-based range, jumping on the oat bandwagon has been a winning strategy. Oats offer brands a way to address consumers’ concerns about their individual health, as well as concerns they may have about the health of the planet, all packaged in a natural, wholesome ingredient with which they are already familiar.

By virtue of their widespread availability, relatively neutral taste and low cost, oats are easily incorporated into many applications, making them a highly versatile ingredient. In some of the previously-mentioned examples, their presence may only provide the product in question with a sprinkle of fairy dust. In others, however, they provide genuine functional benefits, such as imparting a creaminess in dairy alternatives or facilitating an EFSA- or FDA-approved health claim.

Finally, there have been great advances in manufacturing technologies and the supply of oat-derived ingredients, which have helped to push back the boundaries of what is possible in finished products. Oat ingredients, such as Lantmännen’s PromOat beta glucan and PrOatein oat protein, have enabled the extension of oats into non-traditional application categories, resulting in new products ranging from smooth, creamy “oatgurts” to protein-enhanced bread.

Oats have proved their appeal and versatility in a diverse range of food and drink products, driving impressive new product development and capturing the consumer’s imagination – and share of wallet. As the move towards a more plant-based diet continues, so will the number of brands turning to oats to boost their sales. The oldest new kid on the block is here to stay. 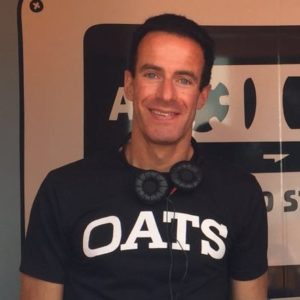 David Peters is a leading figure in the UK food and drink industry, with a particular interest and expertise in the area of plant-based food and drink. Among David’s notable successes have been the setting-up and subsequent sale of Swedish oat-based ingredients company, Biovelop, to FTSE 250-constituent, Tate & Lyle, and being the Founder and CEO of Oatworks, a pioneering, US-based consumer brand in the then-nascent breakfast-on-the-go category. More recently, David has been Head of UK for Swedish oat milk brand, Oatly, and founded his own consultancy business, working with investors, established brands and start-ups involved in the dairy-alternatives sector.

Report Says “There is No Better Time Than Now For Meat Producers to Enter Plant-Based Meat Sector”
May 19, 2022