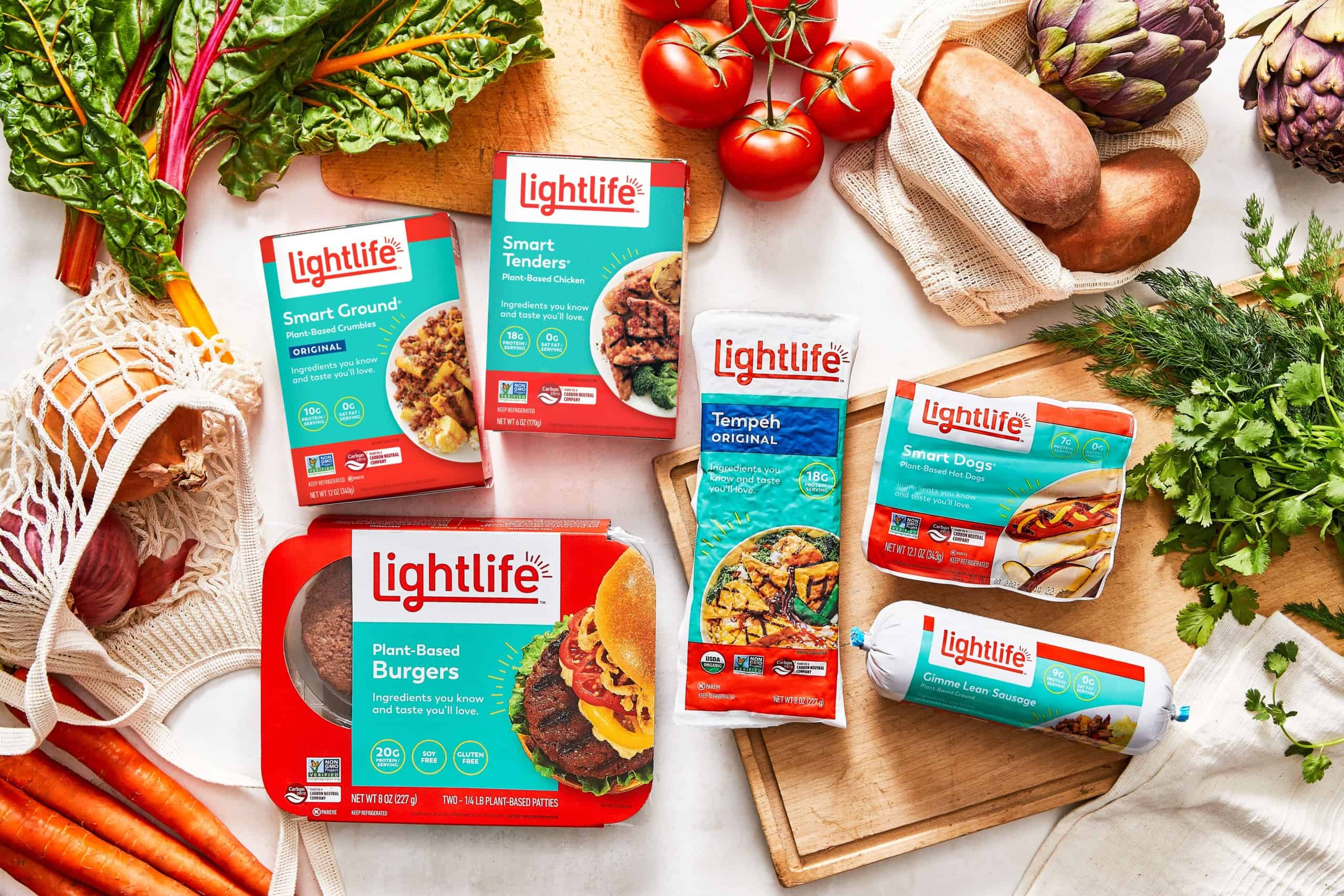 Are we witnessing round two of last year’s Burger Wars? Plant-based brand Lightlife – owned by Greenleaf Foods, a subsidiary of Canadian meat giant Maple Leaf – has overhauled 19 of its plant-based products, removing ingredients like carrageenan, eggs and maltodextrin, and claims to be laying down the gauntlet for its competitors to follow suit.

In a controversial move, Lightlife last year published an open letter to Beyond Meat and Impossible Foods through a full-page ad in the New York Times, stating: “Enough with the hyper-processed ingredients” and claiming to be committed to “using simple ingredients and methods.

However, the strategy received backlash throughout the plant-based sector, with many in the community looking to share a cohesive message about the benefits of shifting to a plant-based diet for health, animal welfare and the environment. Impossible and Beyond both offered rebuttals, accusing Lightlife of hypocrisy as well as of making spurious and misleading claims. Impossible said: “The number of ingredients in a product (whether 11 or 18) is irrelevant,” and that Lightlife’s campaign was: “Financed by one of the largest animal agriculture companies in North America.”

In a press release regarding the new cleaner recipes, the company states it has removed carrageenan from its Smart Dogs, the #1 selling plant-based hot dogs in the US, and has updated the recipe of its burger patties, sausage range and breakfast links and patties to be both vegan-certified and non-GMO. Thus, Lightlife states that it is “raising the bar for other brands in the category to do the same.”

The brand looks to be following up on its challenge to industry leaders Beyond and Impossible to cut down on ingredients and offer plant-based protein with simple, recognizable ingredients. Marketing stunt or not, Lightlife’s latest portfolio reinvention shows its commitment to using simple ingredients, easy-to-understand nutritional claims, and a transparent production process. Whether other big players in the sector will rise to the bait remains to be seen.

“Lightlife sells a whopping 21 million products each year, so we’re excited to offer people improved items that taste great and that they can feel good about eating,” said Dan Curtin, President of Greenleaf Foods, owner of Lightlife. “We understand that what people really want is balance and choice, and I’m proud to say that through this investment, we are the only plant-based food company to provide people with so many plant-based options.”