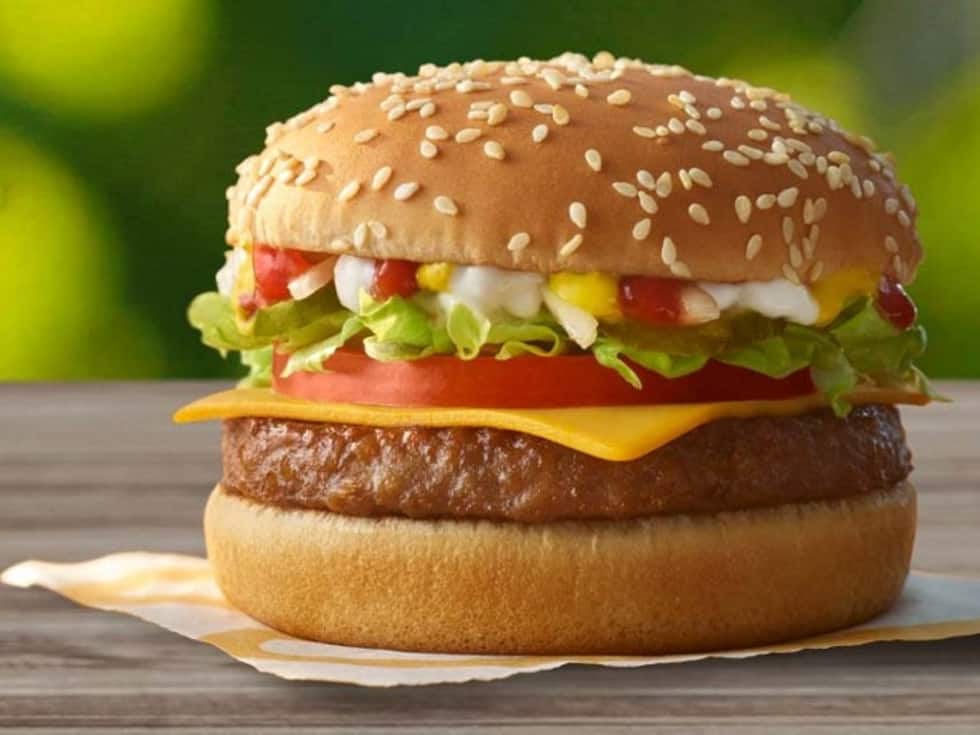 McDonald’s announces the fast food chain is expanding a trial of the McPlant burger to hundreds of new locations in Texas and California.

Beginning February 14, the McPlant burger will be available for a limited time on McDonald’s menus in the San Francisco Bay and Dallas-Ft. Worth areas. The burgers can be made vegan by ordering without mayonnaise or cheese. According to a website post, McDonald’s says the larger trial will help the burger chain gain further insight into customer demand for the item.

The McPlant burger was created by Beyond Meat exclusively for McDonald’s and is made from a blend of peas, rice and potatoes. Intended to offer the same taste and texture as “an iconic McDonald’s burger”, the McPlant patty is part of a three-year collaboration between the two brands to develop new plant-based items for the fast food giant.

McDonald’s first rolled out the McPlant in eight US test locations in November. During that trial, McDonald’s stated it was evaluating the impact of plant-based food preparation in the company’s kitchens.

If successful, the latest trial could put the McPlant on track for a full national rollout this year or in 2023, as some Wall Street analysts have predicted. McDonald’s currently operates 14,000 restaurants in the US.

McDonald’s announcement comes less than two weeks after KFC launched Beyond Meat’s fried chicken across the US following enthusiastic consumer trials. That event marked the largest debut of plant-based chicken in QSR history.

With the latest expansion, the McPlant will gain an enormous new audience, and could eventually lead Beyond Meat to once again make fast food history.