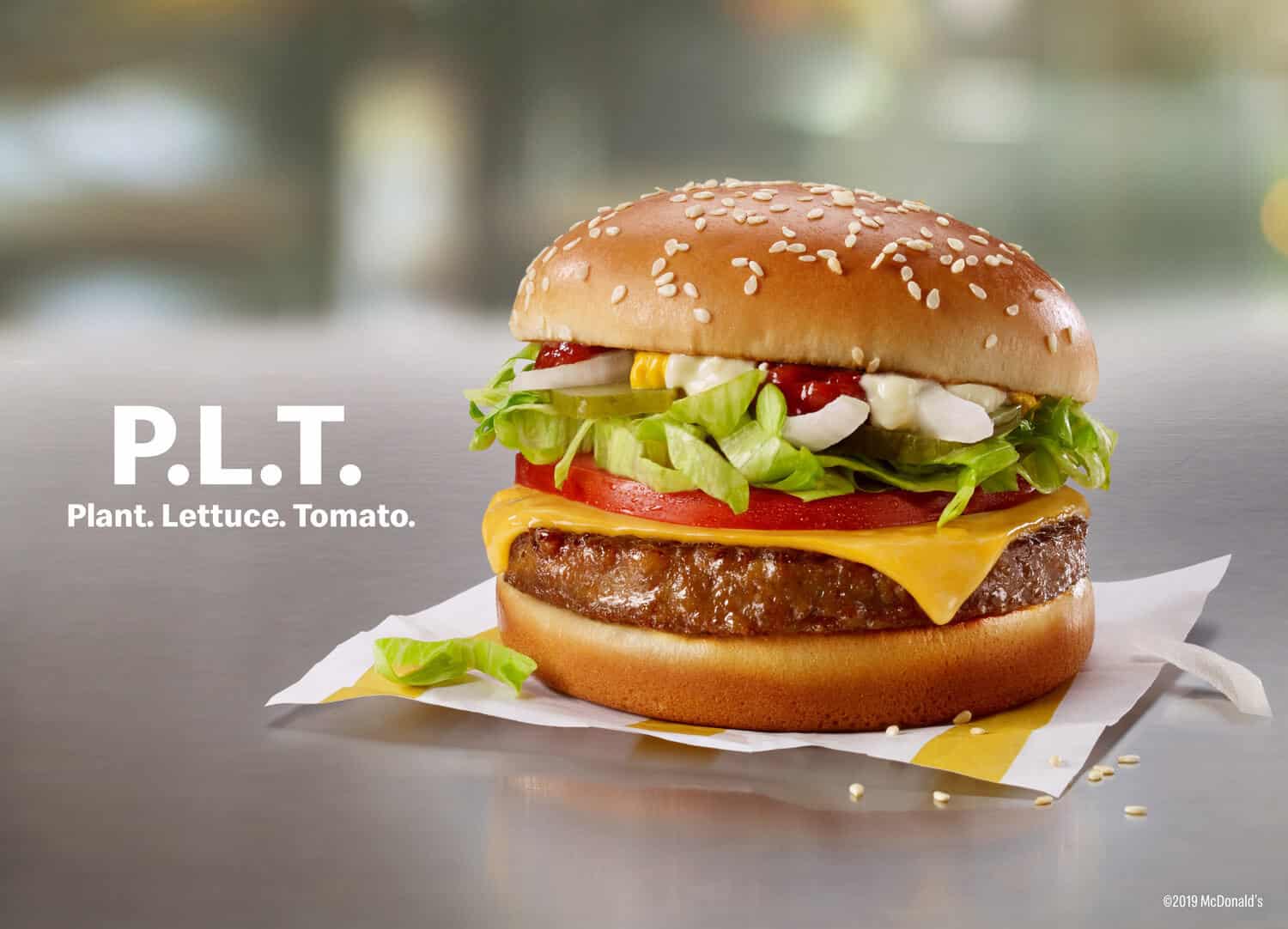 According to Market Watch, shares in Beyond Meat have soared since McDonald’s announced it will trial the plant-based PLT burger in Canada. It also reveals that the PLT (plant, lettuce, tomato), which has been available in 28 Ontario locations from 30th September, will be cooked on the same grill as meat based products and eggs.

The trial will take place for a total of 12 weeks, after which it will be decided as to whether the “vegan” burger will be rolled out nationally or internationally.

A McDonald’s spokesperson said that consumers can customise the burger by requesting to hold the cheese and mayo. “[H]owever, the patty will be cooked on the same grill as other burgers, meat-based products and eggs.” A similar criticism was made of the Burger King Impossible Whopper, which is also at present cooked on the same grill as animal meats.

The PLT burger, created especially by Beyond Meat for McDonald’s, will cost $6.49 Canadian dollars before tax. Since the announcement, Beyond Meat’s stock increased 16% then closed by 11.6% at $154.34. Market Watch reports that trading rose to 8.1 million shares, compared with the average of 3.1 million shares.