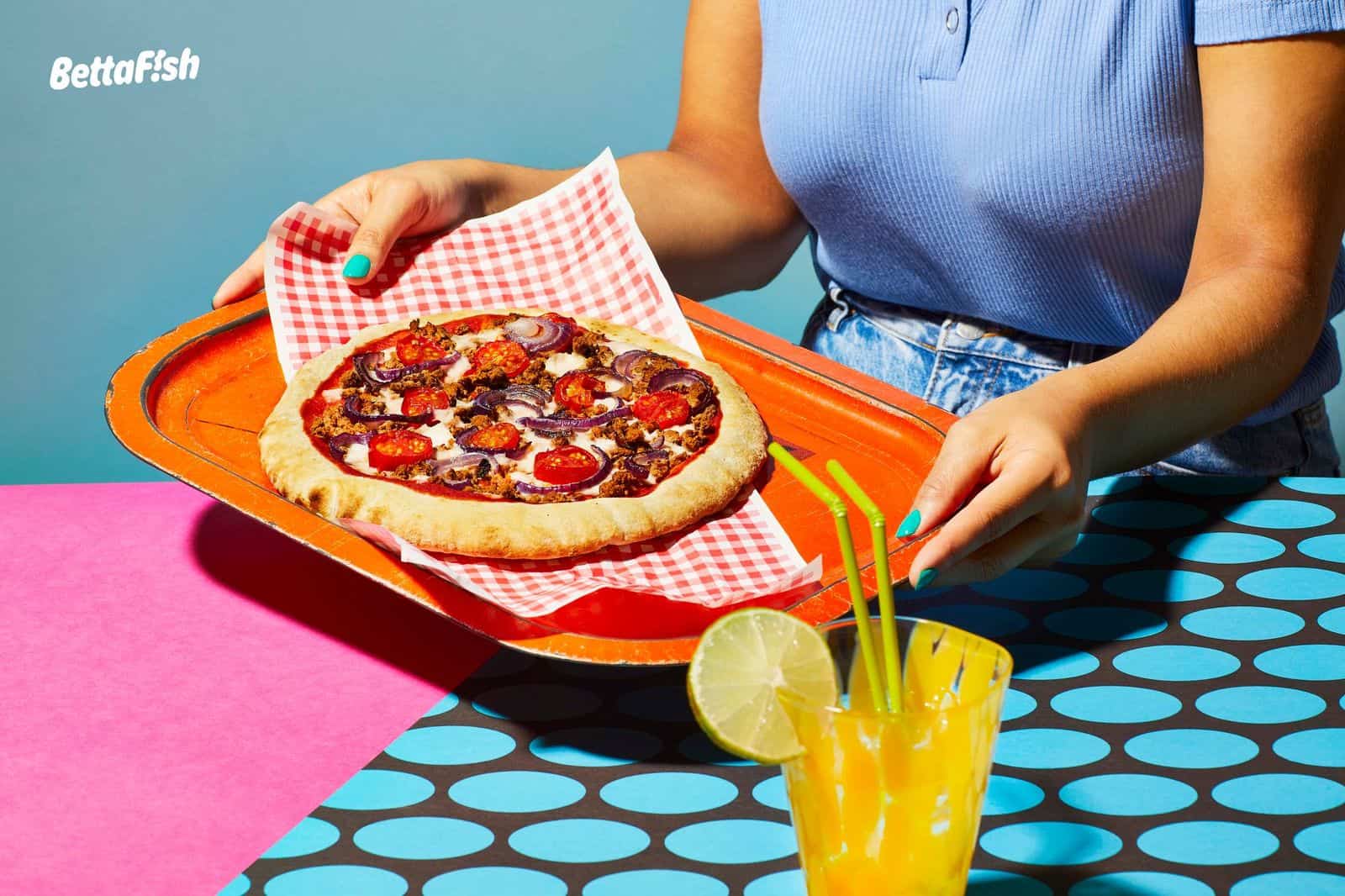 German plant-based tuna brand BettaF!sh is set to launch across twelve cities in the Netherlands via instant delivery service Gorillas.

Three BettaF!sh products — Pizza TU-NAH, TU-NAH Creme Naturel, and TU-NAH Creme Kappertjes + Peper — will be available via the Gorillas app. The launch will be a stepping stone for BettaF!sh to enter retail and foodservice outlets across the Netherlands.

“We have saved 20 tons of tuna and avoided a further 22 tons of bycatch.”

Made from organic fava beans and seaweed, TU-NAH contains no soy or wheat and is said to look and taste just like conventional canned tuna. BettaF!sh hopes its products will increase demand for seaweed, providing an alternative and more sustainable industry for fishing communities.

Since then, the company has been rapidly expanding across Europe, with the pizza now available at ALDI Switzerland and TU-NAH spreads set to launch in five countries.

“We are extremely proud to point out that our BettaF!sh products have a significant positive impact,” said Jacob von Manteuffel, co-founder of BettaF!sh. “In fact, by purchasing just one TU-NAH Sandwich, the consumer makes an active contribution to reducing bycatch, CO2 emissions, and overfishing. Within just one year of trading, we have saved 20 tons of tuna and avoided a further 22 tons of bycatch.”