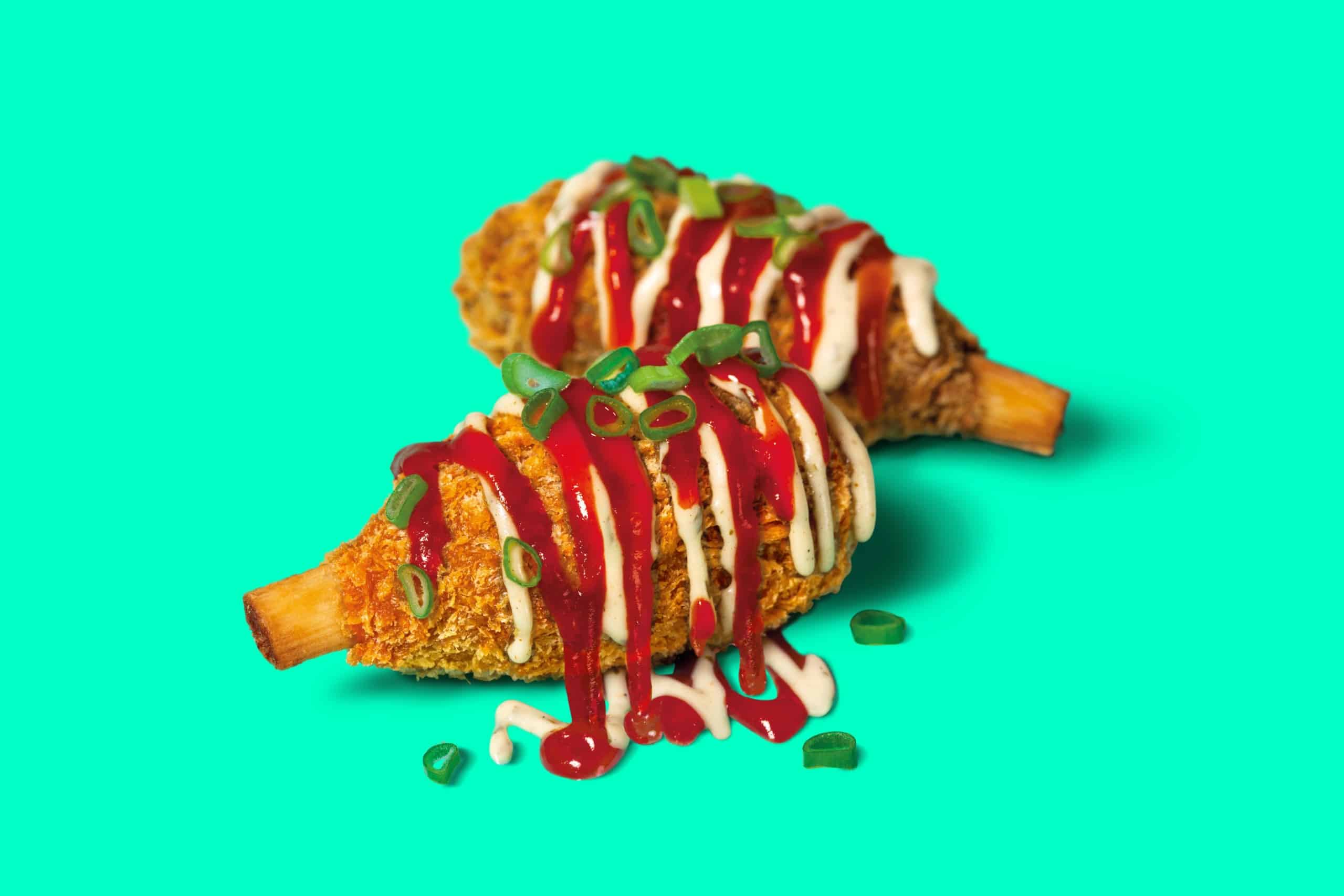 UK-based vegan street food brand Biff’s is launching six products, including what it claims is the world’s first vegan chick*n wing on the bone, at Waitrose supermarkets.

The Crispy Fried Jackfruit Wingz contain a sugarcane spear to replicate the bone in a conventional chicken wing. The product was first created for Biff’s original street food stall, Biff’s Jack Shack, in 2017.

Also launching at Waitrose are five other Biff’s products — Crispy Fried Jackfruit Burgers, Smoky Chilli Cheeze Waffle Fries, Banging Bhaji Loaded Fries, Plant Based Burger Sauce, and Maple-Lime Chipotle BBQ Sauce. The Wingz and Burgers are made up of at least 50% jackfruit, with natural seasonings such as mushrooms, carrots, herbs, and spices.

Biff’s has seen rapid expansion since its launch as a street food stall five years ago, and is now available for delivery, foodservice, and retail. Last year, the company introduced what it said was the world’s first vegan junk food tasting menu for home delivery, featuring five courses — the first run sold out in under 48 hours. This followed a collaboration with BrewDog in 2020 to launch a vegan food delivery service, with the aim of making Biff’s products available across the UK.

“At a time when shoppers are craving more vibrant flavours, authentic brands, and restaurant-style experiences at home, our genuine street food heritage and innovative products, including the UK’s first proper vegan wing with a ‘bone’, means we’re uniquely positioned to bring a vegan street food range to shelf that’s bold, authentic and commercially proven. We’re thrilled to be working with Waitrose to bring this to life and give the opportunity for new and loyal Biff’s fans to cook their first Biff’s Plant Shack meals at home,” said Andrew Allen, CEO of Biff’s.