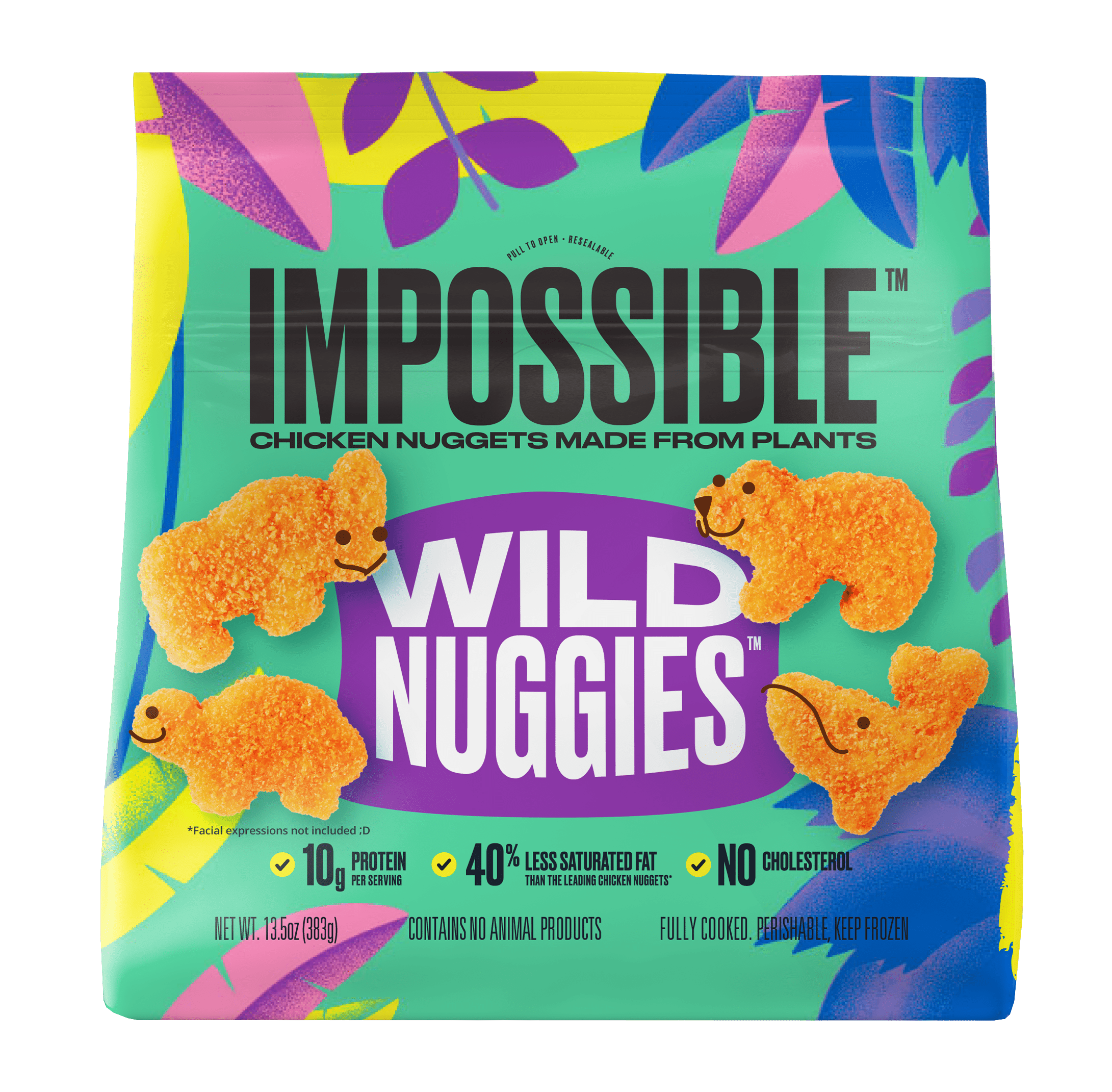 Through the designs, the company hopes to help kids and families connect their food choices to the health of the planet, as environmental stewardship is a core part of Impossible Foods’ company mission.

Impossible notes Wild Nuggies will offer the same taste as the original Impossible Nuggets with no cholesterol, 10 grams of protein, and 40% less saturated fat than leading traditional chicken nuggets. From a sustainability perspective, Wild Nuggies use 49% less land, 44% less water and produce 36% fewer greenhouse gases than similar animal-based nuggets, according to a Life Cycle Assessment.

The brand is also bringing Impossible Sausage patties to grocery stores for the first time. Previously limited to restaurants, the patties were first launched at Starbucks in 2020, where the coffee chain featured the item in its Impossible Breakfast Sandwich. The patties will now be sold in the frozen aisle in two flavors: Savory and Spicy. Depending on the variety, Impossible says they contain 25%-35% fewer calories and 40%-50% less saturated fat than leading pork-based sausage patties.

The new launches continue a rapid retail expansion for the brand, which has raised an astonishing $2 billion in total investment funds. At the end of 2021, Impossible reported an 85% growth in quarterly retail revenues, and has added  Impossible Meatballs, Sausage and Chicken Nuggets to its product portfolio.

Both the Wild Nuggies and patties will debut nationwide at select US Walmart, Albertson’s, Shaw’s and Safeway stores this week followed by a spring release at Giant Martin’s, Sprouts and select Target locations. Nuggies will also debut at Kroger’s family of stores.