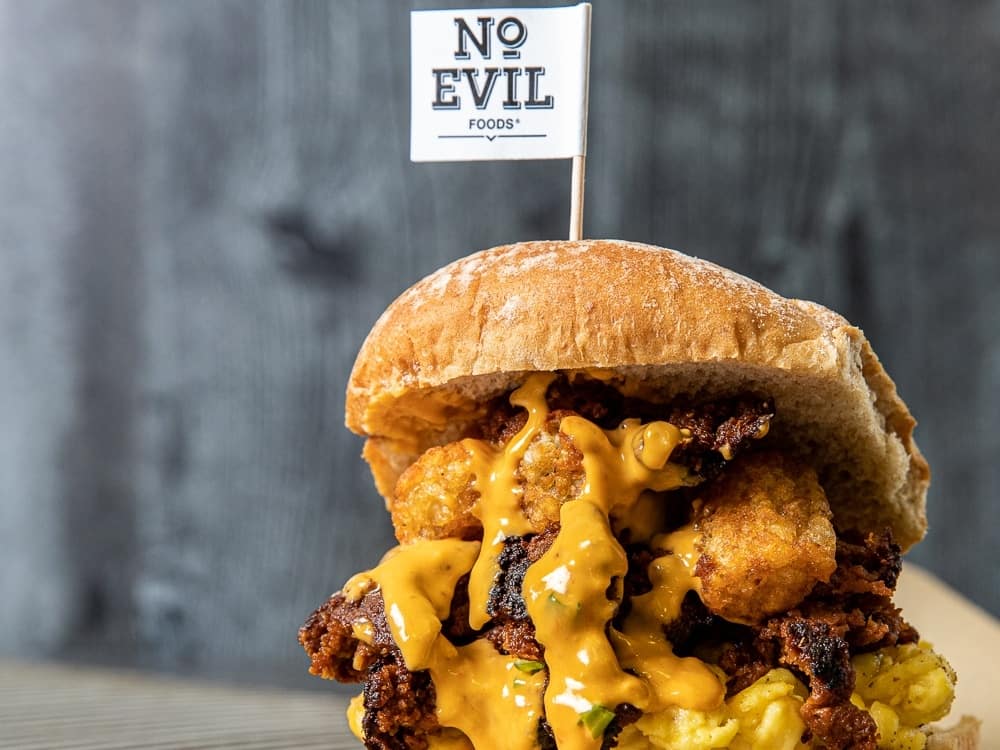 No Evil Foods has been selected as a Top 200 Impact Company by Real Leaders, a global media platform dedicated to positive change. The plant-based meat brand was recognized for demonstrating industry leadership and driving positive social and environmental innovations.

Based in North Carolina, No Evil Foods was founded in 2014 by Sadrah Schadel & Mike Woliansky to create minimally processed and nutrient-dense plant-based meats. The couple initially sold their products at local farmer’s markets before quickly expanding and obtaining major distribution deals with Whole Foods Market, Walmart and other large retailers.

In 2020, No Evil Foods became the first Plastic Negative Certified plant-based meat company by partnering with rePurpose Global. Through the agreement, No Evil Foods removes as much plastic as it creates by funding the recycling of two pounds of plastic waste for every pound generated by the company’s packaging.

To curate the list of Top Impact organizations, Real Leaders ranks brands based on a “Force for Good” score, taking into account the company’s three-year growth rate, revenue and general impact score. The final 200 companies chosen all apply capitalism towards greater profits and the greater good, and share a common vision of business as an opportunity to help create a better world.

“Business leaders across the globe are rapidly discovering that to be competitive – and to grow and thrive – they must forgo shortsighted thinking in favor of a farsighted vision that takes into account their company’s social and environmental impact,” said Mark Van Ness, Founder of Real Leaders.

In addition to No Evil Foods, leading vegan alt-dairy brand Miyoko’s Creamery also earned a place on the list.

The winners will be honored in a virtual ceremony on February 24, 2022 hosted by Peter Diamandis, founder of the XPrize Foundation and executive founder of Singularity University.

“It’s a massive honor to be recognized by Real Leaders and join the list of so many values-aligned companies,” said Sadrah Schadel, Chief Creative Officer and co-founder of No Evil Foods. “Our long-term focus on sustainability and industry-leading work to recognize and take responsibility for our reliance on single-use plastic has been a huge part of achieving this award.”