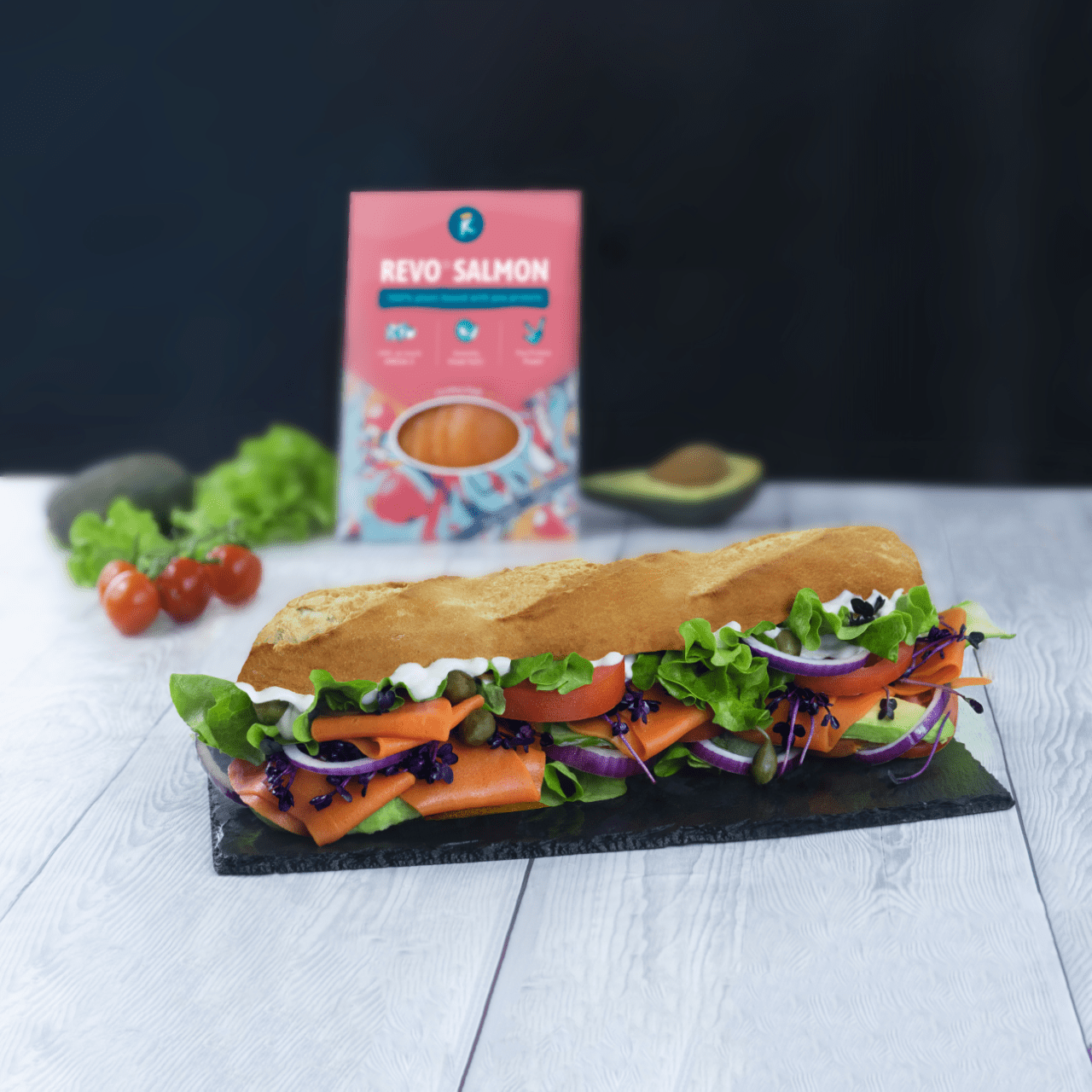 Vienna’s Revo Foods, previously known as Legendary Vish, announces that its popular plant-based smoked salmon slices, made from pea proteins and algae extracts, are now available in the UK through GreenBay, an online vegan supermarket based in London that ships nationally across the UK as well as internationally.

Revo reports to vegconomist that several content creators and influencers have been sampling and endorsing the product online, with many describing the vegan fish as “better than [conventional] salmon”.

The vegan salmon contains Omega-3 fatty acids, is free of common allergens such as soy or nuts, is made sustainably and emits 86% less CO2 than conventional salmon, according to the company. This is Revo’s debut product to market and is already available in 15 European countries, including France, Italy, Spain, and Germany.

In April of last year, Revo closed its first financing round for more than EUR 1.5 million to accelerate its market entry with 3D-printed plant-based seafood. While the salmon product is not directly produced with 3D printers, it was developed in Revo’s laboratory thanks to its 3D technology.

Its first iteration, “Salmon with Attitude” was showcased as the world’s first 3D printed smoked salmon at a sampling session last spring. “Our team of 3D printing experts is currently working towards making mass production possible in the future,” explains Revo’s Marialena Perpiraki.

The UK is expected to be a popular market for the vegan fish, with GreenBay already offering a wide range of plant-based seafood including OmniFoods’ OmniTuna, Loma Linda, VBites fish fingers, and Vantastic Foods salmon fillet, to name a few.

“The UK is literally an island surrounded by the sea, yet the hottest new seafood product comes from… Austria. Quite ironic, if not sarcastic, which I’m sure British people love,” said Robin Simsa, Revo Foods’ CEO.