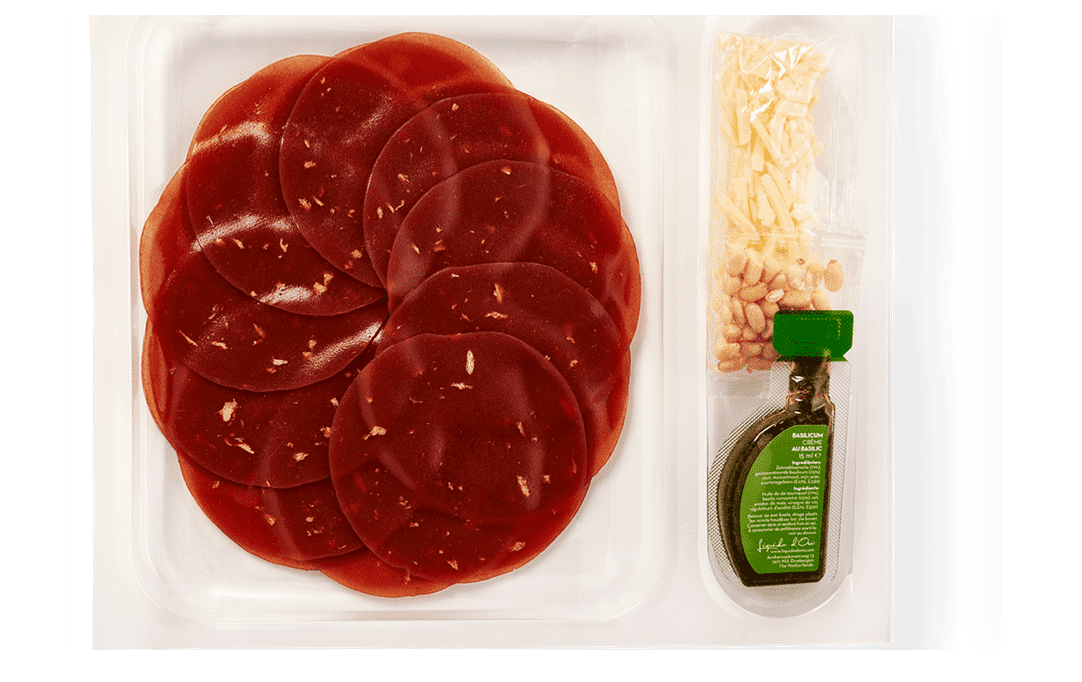 Vion Food Group, one of the largest meat producers in Europe, launched various plant-based products including a ‘beef’ carpaccio at the recent PLMA trade fair, as it continues to respond to the rise of plant-based around the world.

Vion was created through a merger of meat companies Dumeco, Hendrix Meat Group, Moksel, and NFZ in 2003. Vion’s greenhouse gas emissions were equivalent to 7.5% of the Netherlands’ total emissions in 2021, according to a study carried out by New York University. The company supplies pork, beef and meat products to over 100 million consumers every day.

Vion and plant-based: a history

As we reported back in 2019, Vion’s then CEO CEO Ronald Lotgerink said the company was considering entering the meat alternatives market.

Vegan meat made in former slaughterhouse

In October of 2020, Vion announced that it was launching an alt-meat line called ME-AT, and that its slaughterhouse and meat processing plant in Leeuwarden, Netherlands, would become a vegan meat factory. The full remodelling of the factory and the installation of the new lines were completed by the end of Q3 2020 with the portfolio expanding to include sausages, chicken, beef and pork chunks, bacon and fish style products.

Speaking with vegconomist in May 2021, Willem Cranenbroek, General Manager of ME-AT, said: “Within Vion’s new strategy we think that we should take our responsibility to grow towards more sustainable production. This is to be able to serve in 30 years’ time the 10 billion people on this globe with safe and tasteful food. Therefore, Vion invested multiple millions to change this plant from a beef slaughterhouse to a brand new plant-based factory.”

Plant-based is salvation? As meat continues to be problematic

A scathing Guardian article in 2021 mentioned Vion in a discussion about poor factory working conditions in the Netherlands meat industry, amidst a year that was clearly plagued with myriad issues for animal-based meat production. Perhaps as a way forward, the ME-AT subsidiary continues to launch meat alternatives, pushing for a sustainable image.

ME-AT presented vegan beef and fish burgers, as well as a vegan beef carpaccio at the PLMA event this month. “It’s not just vegans and vegetarians; among the flexitarians, increasing numbers are turning to plant-based meats. According to Philippe Thomas, COO Retail at Vion, “that’s one of the many reasons why alternative food products were a top trend at the trade fair,”” states a Vion press release regarding the event.