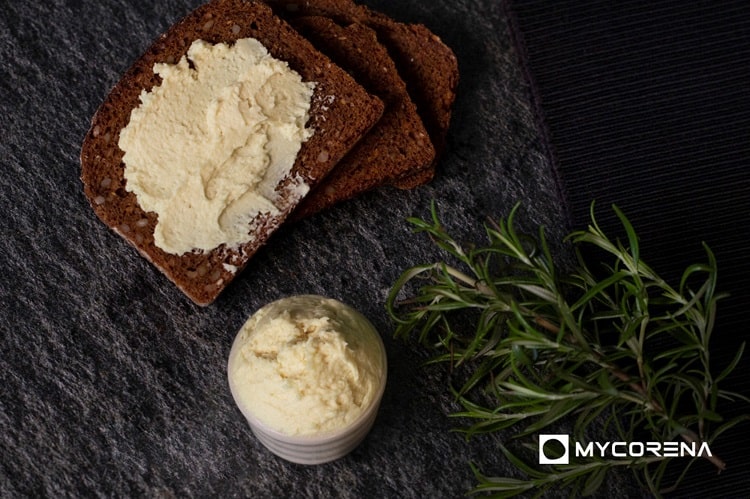 Sweden’s Mycorena has developed what it claims is the first mycoprotein-based butter prototype. The innovation could pave the way for mycoprotein to be used in alt-dairy products as well as alt-meat.

To make the butter, Mycorena uses a unique fungi-based fat ingredient requiring very few additives. The new prototype is cholesterol-free, and is also lower in saturated fat than conventional butter. Ultimately, the fat ingredient could be used to develop alternatives to other high-fat dairy products such as cream and cheese.

“This is something our team has been trying to figure out for more than a year, with little success until recently,” Mycorena Chief Innovation Officer Paulo Telxeira told FoodNavigator. “Usually, mycoprotein is considered a non-functional protein ingredient that needs other ingredients to create interesting food structures. We have shown here that this is not true, you just need to work it the right way.”

While the butter prototype marks Mycorena’s first foray into alt-dairy, the company has been working on alt-protein products since it was founded in 2017. Late last year, Mycorena announced it had developed what it claimed was the world’s first fungi-based fat, intended for use in alt-meat products to enhance their flavour.

In March, Mycorena closed what was said to be the largest ever Series A alt-protein investment for a Nordic company at $26.8 million. This was followed by a collaboration with Swedish agricultural cooperative Lantmännen Cerealia in May, with the aim of developing more mycoprotein-based foods. Last month, Mycorena expanded its facilities, meaning the company now has the largest mycoprotein production plant in Europe.

“Mycorena is a pioneer in the new age of mycoprotein fermentation”

“Mycorena is a pioneer in the new age of mycoprotein fermentation and a proud enabler for the food industry to adopt mycoprotein as a versatile ingredient. The purpose of this facility is not only for the development of technologies and commercial processes but also to supply customers with the volumes needed to develop full food products in time for an accelerated commercial launch,” the company said.