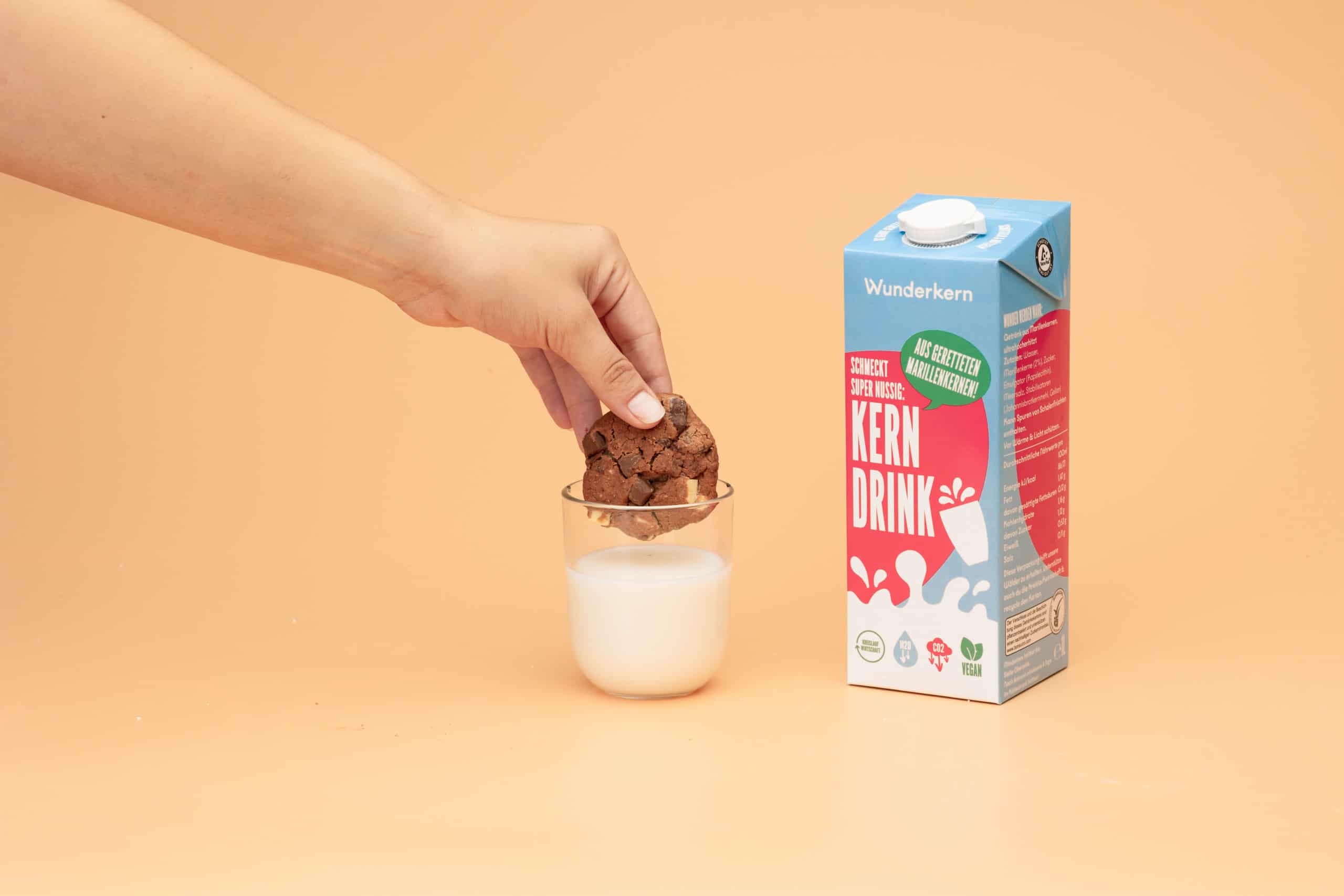 Austrian food tech startup Wunderkern recently announced the launch of its ‘never seen before’ Kern Milk made with apricot kernels.

Wunderkern says that the innovative alt milk “recently entered the competitive alternative drink market with a big bang. Promoted within the new “Pflanzilla” concept by Billa, it quickly turned into customer success and became the most sold product within the vegan store. The drink’s super nutty flavor perfectly harmonizes with sweet dishes such as Kaiserschmarren and inspires people to interpret local classics in a vegan way.”

Founded in 2019 by Michael Beitl, Luca Fichtinger, Fabian Wagesreither, and Sebastian Jeschko, Wunderkern aims to be a circular economy business using the wasted stone fruit pits from other industries.

Earlier this year, Wunderkern made news when it trialled among the public a dairy-free ice cream made with fruit kernels at the “Everything Apricot” festival in Austria.

Most popular vegan drinks are made with oats, soy, and almonds which are not necessarily sustainable raw materials. The crops are constantly grown to feed the ever-growing alternative milk market.

Kern Drink is made with apricot pits that were discarded as a waste product by other industries. Wunderkern states that using waste materials implements circular economy principles needed to work against climate change. Because the plant-based milk is made with upcycled pits, its sustainability profile is outstanding, with minimum water use and little CO2 emissions.

As described by Wunderkern, the new drink offers a nutty taste and a creamy appearance. It can be used as any regular plant drink for coffee and recipes.

Wunderkern offers a range of upcycled pit fruit-derived products with each one reflecting the kernels used to make them:

“Wunderkern wants to create products of 100% resource use by relying on circular economy to make our world a better place, without sacrificing taste,” the company says.

The new milk alternative will be available at Austria’s supermarket chain BILLA+.