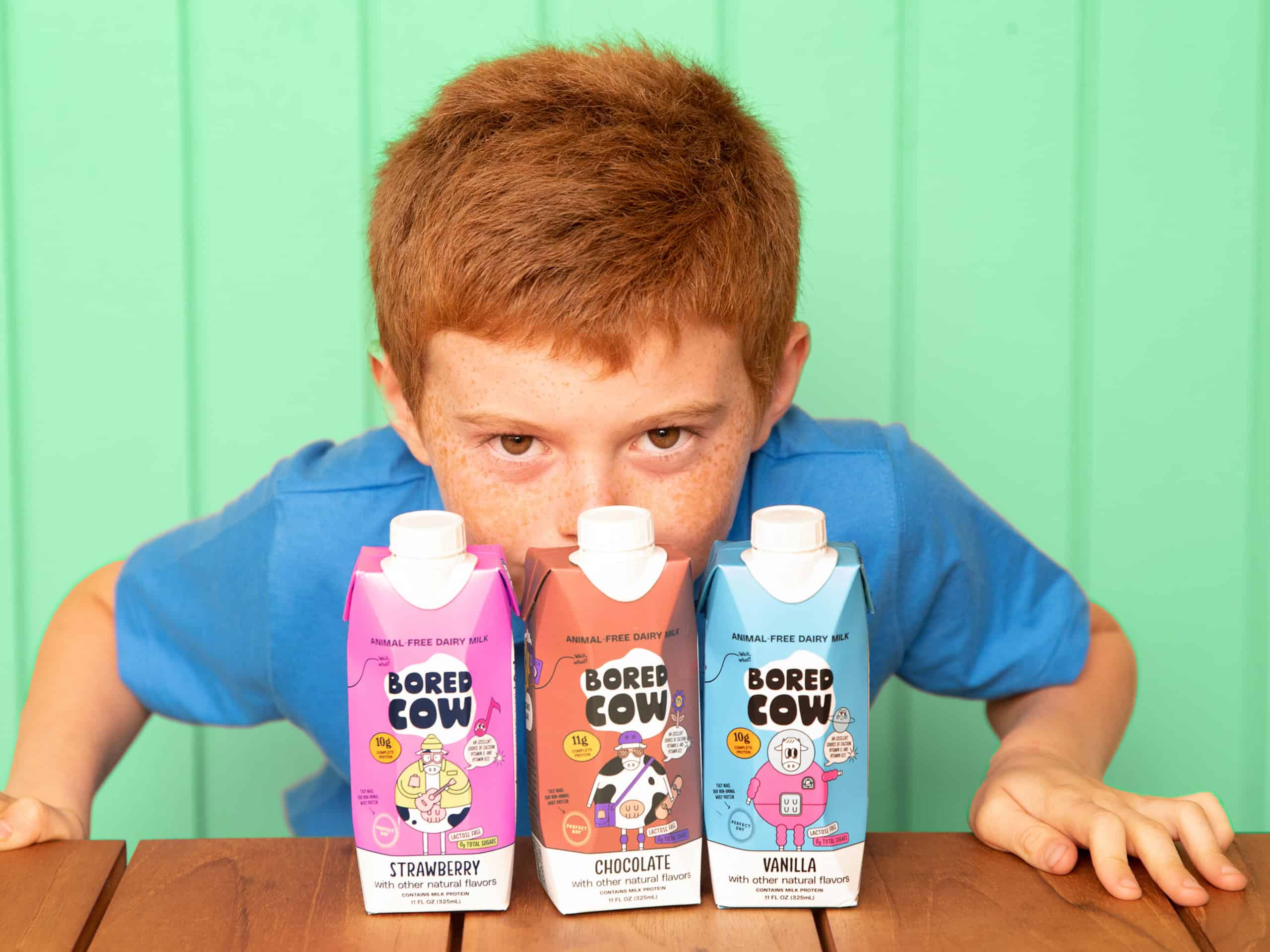 To coincide with yesterday’s World School Milk Day, The Vegan Society and ProVeg International are pushing for plant-based milk to be offered to children in schools.

World School Milk Day, which was established 22 years ago, is customarily associated with dairy milk, but given that 68% of the world’s population is lactose intolerant and that many people have a cow’s milk allergy, it should come as no surprise that more and more nations are promoting plant-based milk as a dairy substitute.

“Plant-based milk offers those with intolerance or dairy milk allergies a much greater choice at school mealtimes and there is a growing array of nutritious plant-based milk to choose from. These milk also offer greater choice to young people who want animal-friendly drinks as well,” Jasmijn de Boo, Vice President of food awareness organisation, ProVeg International, said.

Plant-based milk can also be appealing to young people because of its smaller impact on the environment compared to its dairy counterparts.

“Young people are eager to make a difference as individuals to the challenges we face with climate change. They are becoming more aware that what we eat and drink impacts the environment,” de Boo said.  “Adopting a more plant-based diet is one of the quickest and most effective ways of doing that,” she added.

The European Commission is in the process of considering whether to include plant-based milk in the EU School Scheme, which currently only subsidises cow’s milk. A petition by ProVeg International in support of the inclusion of calcium-fortified plant-based milk in the scheme has already garnered 70,000+ signatures from across Europe.

Through the “Normalize it” campaign, which ran throughout the spring and summer of 2022, companies like Oatly have been emphasizing the benefits of including plant-based milk in the EU program

“There is so much support out there for including plant-based milk in the EU scheme and we are confident they will be included in the scheme by 2024,” de Boo said. “They are environmentally friendly, animal friendly and they are nutritious as well.”

Soy milk naturally contains roughly 3 g of protein per 100 ml, which is equal to the amount found in cow’s milk. Nutritionists claim that soy milk can be used as a nutritionally appropriate substitute for cow’s milk because many manufacturers fortify it with calcium and other vitamins, such as B12, B2, D, and A.

“Providing fortified plant-based drinks in schools is hugely important given the need to transition to a plant-based food system. Plant-based drinks are not only nutritious but are more sustainable for the environment and should be encouraged,” Dr Shireen Kassam, Founder of Plant-Based Health Professionals UK, said.

Chantal Tomlinson, dietitian at The Vegan Society, said calcium-fortified plant alternatives to milk play a significant role in the diets of vegan children and those who cannot have dairy milk for health and religious reasons.

“Alternatives can be a rich source of protein and make a significant contribution towards meeting calcium requirements. Many plant-based milks are now being fortified with iodine, which is especially important for children’s development,” Tomlinson said.

The Vegan Society’s “Play Fair with Plant Milk” campaign calls for fortified plant-based milk to be recognised as an alternative wherever animal milk is currently supported or promoted.

“This is essential to ensure children who cannot have animal milks are not being excluded and can receive a similar nutritional benefit to their classmates,” she added.