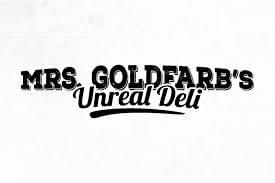 The pre-made sandwich will be sold in the grab-and-go section paired with Mrs. G’s Russian dressing and green leaf lettuce on a whole-grain seeded roll.

In the coming months, Unreal Corned Beef will be available at 27 Gelson’s Markets and other health-food stores throughout California. It will also be available in delis and restaurants in New York, Boston, and Washington DC this Fall.

According to its website, Mrs. G’s also plans to launch sandwich boxes featuring Unreal Corned Beef that will soon be available for nationwide delivery.

“The recipe took about a year to come together,” Goldfarb told VegNews. “When folks started tasting it, we were able to fool many into thinking they were eating real meat. That’s when we knew it was more than just a recipe, but a business.”