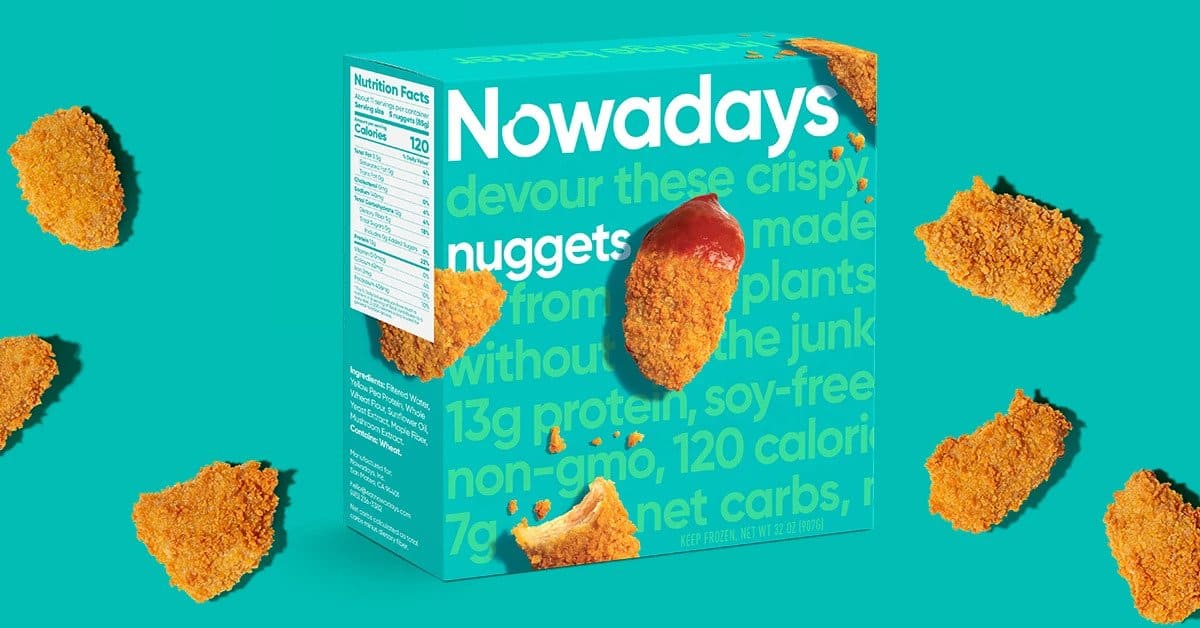 Nowadays, a San Francisco plant-based startup, announced it is now shipping its clean-label nuggets nationwide. Founded in 2020 by Dominic Grabinski and Max Elder, Nowadays gained a passionate fan base during its initial launch in California.

Nowadays describes itself as a “health-focused plant-based meat company”, and says its proprietary technology allows it to produce fibrous, juicy cuts of chicken using only seven ingredients with no binders or thickeners.

The company says it aims to “take the junk out of junk food” by creating products that meet consumer expectations for better health and nutrition. Its chicken nuggets are notable in the industry for containing significantly less sodium, calories and saturated fat than other leading brands, both plant and animal-based.

The company is also working on making its nuggets gluten-free, and to that end, partnered with Los Angeles chain Honeybee Burger to run trials.

“Plant-based meat has huge potential to improve human and planetary health. Yet, when you look at the ingredients and nutritional profiles for many of these products, similar to their conventional meat counterparts, there’s a lot of room for improvement,” says co-founder and CEO Max Elder. “At Nowadays, we don’t think food has to damage your body or the planet in order to be delicious. That’s why we’re creating healthier, simple ingredient meat alternatives that don’t compromise on taste or texture. We believe this combination is critical to accelerating widespread adoption of plant-based meats, and making our food system healthier AND more sustainable.”

Nowadays nuggets are available to ship in 2 lb boxes (approximately 50 nuggets) for $29.99 with free express shipping for first-time customers.