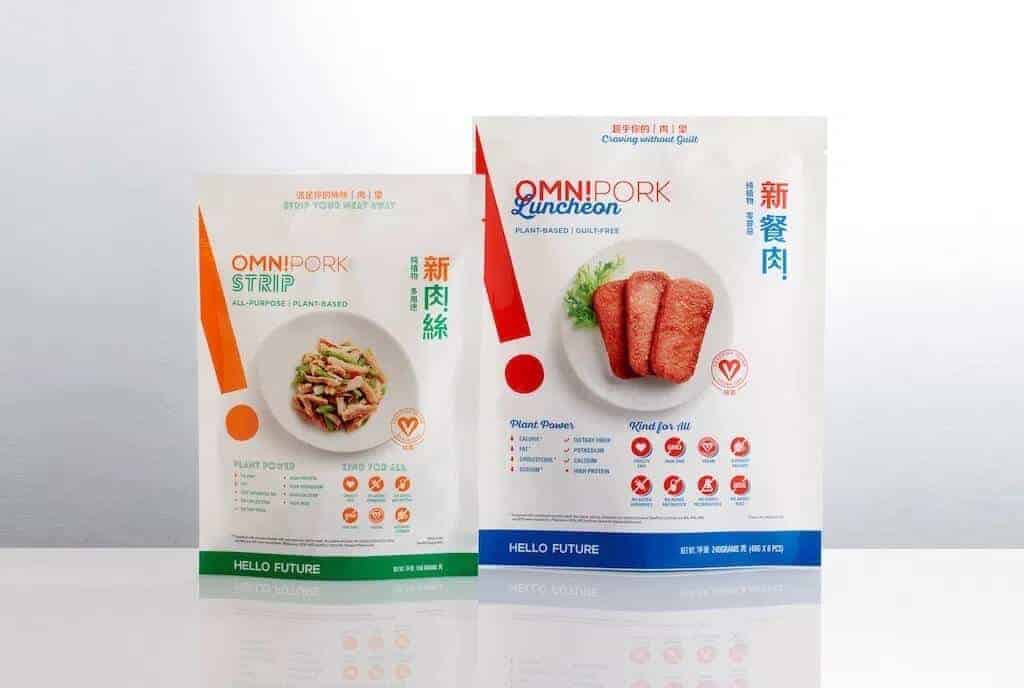 Green Monday has revealed Omnipork Luncheon Meat, the world’s first plant-based luncheon meat, to take on the enormous consumption of pork and SPAM style products in Asia, the biggest meat market on the planet, with over 400 million cans of processed meat forecast to be sold this year.

The company is also debuting plant-based pork shoulder strips. Both Omnipork Luncheon and Omnipork Strip, a plant-based alternative to pork shoulder, will be available from today at Green Common’s Kind Kitchen then from July in Hong Kong’s Michelin-starred restaurant Ming Court.

Chinese consumers ate more than 50% of the 79 million tons of pork consumed globally in 2018, and pork makes up over 60% of the meat consumed in China. However, Asian consumers are increasingly interested in plantbased options and the pandemic represented a shift of consciousness for the Asian market. Speaking to vegconomist in February, Green Monday founder David Yeung said, “This crisis indeed creates a great window for the plant-based food industry, as people surely will become much more open-minded.”