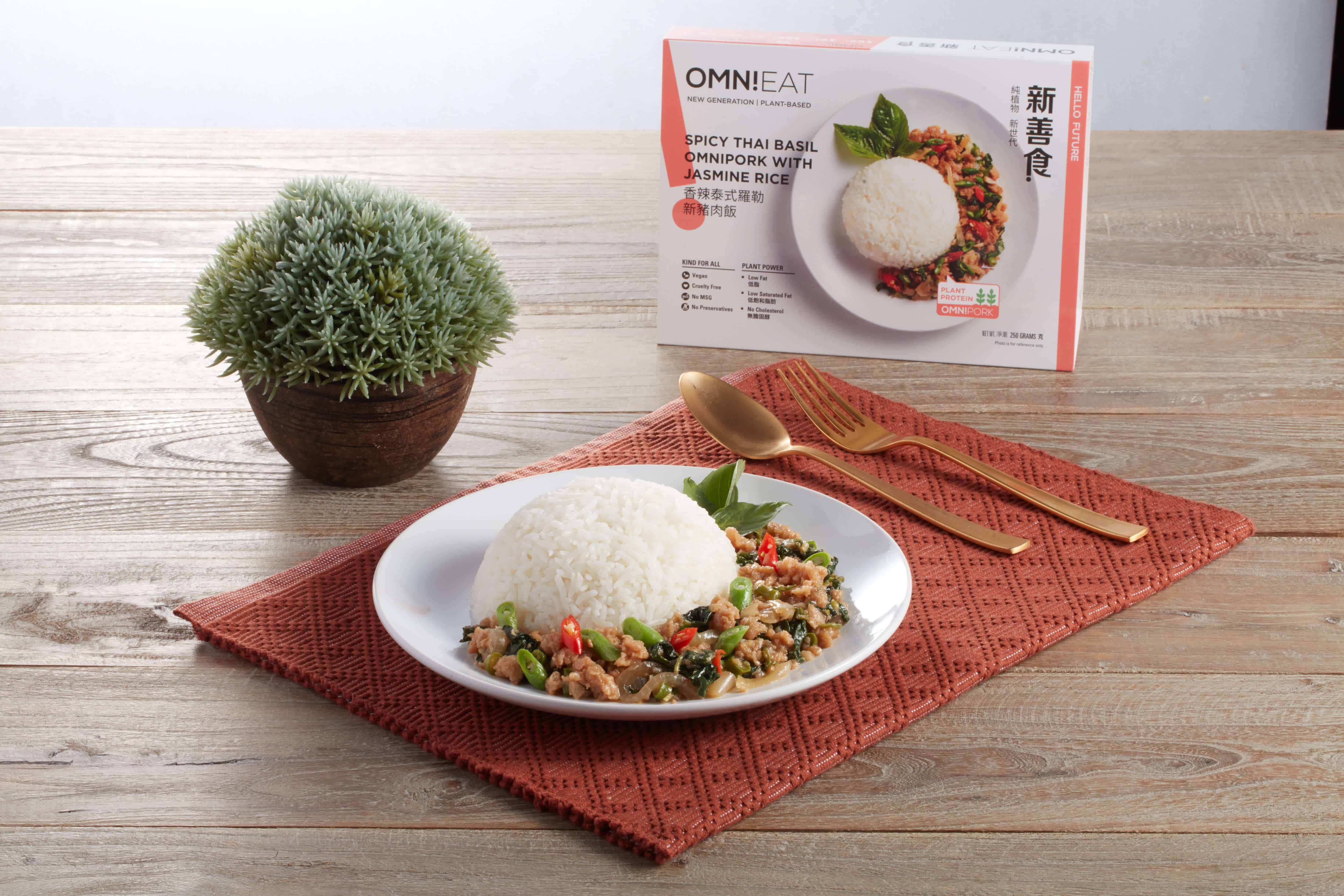 7-Eleven Hong Kong is rolling out two of the plant-based OmniEat ready-to-eat meals by OmniFoods – Spicy Thai Basil OmniPork with Jasmine Rice and Thai OmniPork Stir-Fried Noodles, both selling at a limited offer and priced at HKD30 per pack.
Spicy Thai Basil OmniPork with Jasmine Rice contains high-protein OmniPork and half a cup of vegetables including basil, onions, asparagus and beans. It is low-fat, low-saturated fat and free of cholesterol, MSG and preservative. Meanwhile, Thai OmniPork Stir-Fried Noodles pairs calcium and iron-rich kale with the high-protein and low-fat OmniPork.
Both of the OmniEat ready-to-eat meals are available in 800 of 7-Eleven outlets across Hong Kong and Macau starting 14 October.