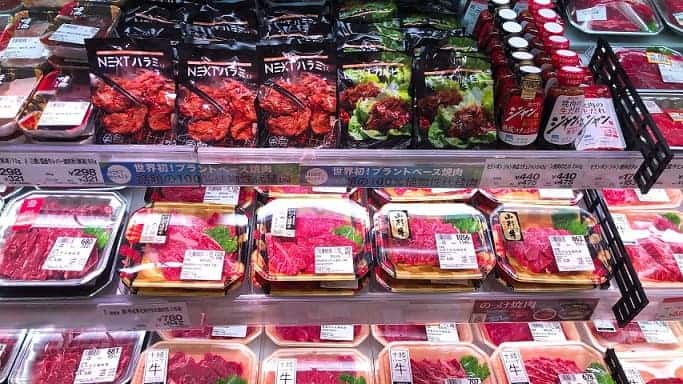 Next Meats Co. is an alt meat producer based in Tokyo which produces NEXT Kalbi (ribs) and Harami (steak) BBQ meat cuts, in the Yakiniku style – which translates as ‘grilled meat’ and is used to refer to the Western style of BBQ preparation. Next Meats announces today that these products will become available at the meat section of Ito Yokado, a Japanese superstore chain which operates 178 Ito-Yokado stores across Japan. From the 29th of March the vegan meat products will be sold for the first time in a retail store alongside conventional animal products.

The company’s press release states that due to Japan’s traditional food culture, it has been known that travellers and foreigners with dietary choices or lifestyle choices such as veganism have been restricted in terms of available options. With this news, Next Meats has said that “it may be safe to say a paradigm shift is coming to Japan“.

As we reported last month, Next Meats Holdings became listed on the American OTC Market on January 26th as NEXT MEATS HOLDINGS, INC (NXMH) after acquiring an American SPAC, paving its path into the American stock market with plans for worldwide expansion and NASDAQ listing in the future.

The company also recently announced it has signed a joint product development agreement with biotech company euglena Co. Also based in Japan, euglena specialises in the cultivation of the microalgae species Euglena and Chlorella and the development of biofuels. Together the companies will develop sustainable plantbased meats with a low environmental impact.

Next Meats Co. is famous for its rapid growth and collaboration with Yakiniku Like, a Japanese BBQ restaurant with stores all across Japan, where Next Meat’s plant based NEXT Kalbi and Harami is available. The company was founded in June of 2020 and already operates in several countries, and was listed on the American OTC Market in January of 2021.