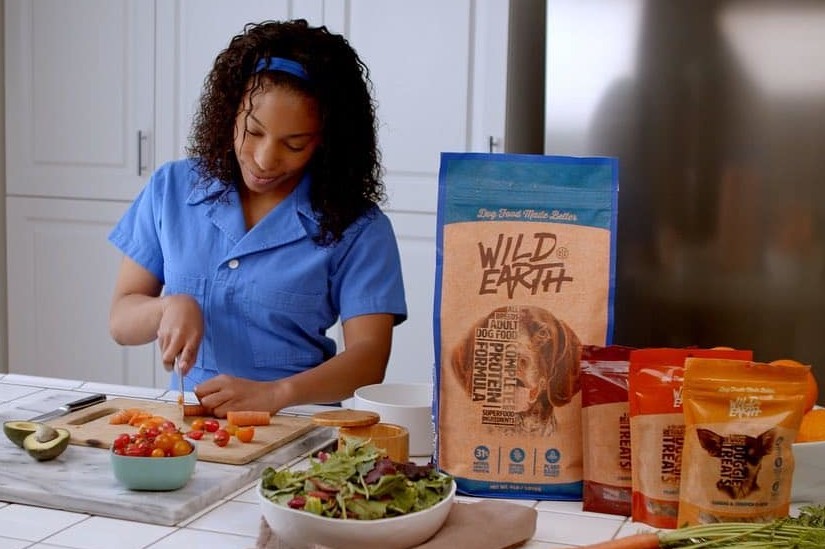 Sustainable pet food company Wild Earth announces it has developed a cell-based meat broth topper for dogs, which will launch to consumers in 2023. According to the company, the broth is the world’s first cell-based meat product to debut on the pet food retail market.

Created in Wild Earth’s labs in Berkeley, CA, the chicken broth is made with the company’s proprietary technology and joins its current line of high-protein dog food and treats. According to Wild Earth, launching cell-based meat products represents the next step to transforming the pet food industry and reducing its harmful effects on the environment.

“Our pets’ environmental paw print accounts for 30% of meat consumed in the US and it doesn’t have to,” explains Wild Earth Co-Founder and CEO, Ryan Bethencourt. “By replacing factory-farmed products with clean, sustainable, cruelty-free cell-based meat we can tackle the issues of low quality and often contaminated meat used for our pets’ food and transform the sustainability of the entire pet food industry.”

He added, “Cell-based meat is the future of food for us and our pets, and this development marks an important milestone in our mission to disrupt the pet food industry for the better. We walk the walk when it comes to taking steps to reduce the destructive impact the industry has on our pets’ health and on our environment.”

This summer, the company also unveiled a new brand design and previewed its upcoming Core Collection, which will feature plant-based dog food in new flavors and at lower retail prices. In March, Wild Earth’s premium dog food launched at Walmart stores across the US.

Speaking on the recent cell-based developments, billionaire Mark Cuban, who invested in the brand on Shark Tank, stated, “Wild Earth has always been on the cutting edge of plant-based pet food and I look forward to seeing their continued growth as they step into the cell-based meat space.”