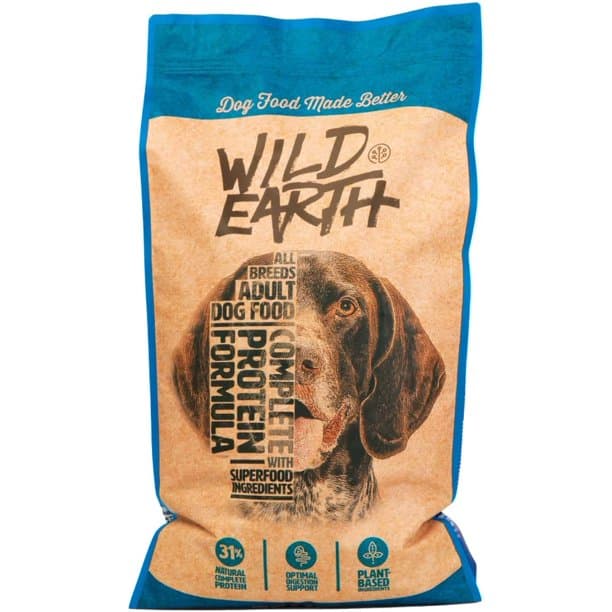 Made from ingredients like chickpeas, sweet potato, pumpkin, spinach and oats, Wild Earth’s kibble is formulated to provide a healthier, cruelty-free alternative to conventional pet food. Developed with a team of scientists and veterinarians, the brand says its foods, based on koji protein, provide digestive and allergy relief for dogs with food sensitivities, while promoting healthier skin and coats.

Wild Earth first achieved major success through Shark Tank, where Mark Cuban closed an investment deal with the brand in 2019. Shortly after, Wild Earth secured $11 million in Series A funding led by VegInvest, followed by a huge $23 million raise last September. The company has reported an incredible 700% growth increase from 2020 to 2021.

Determined to disrupt the wasteful and environmentally-destructive pet food industry, Wild Earth has also revealed ambitious plans to enter into cell-based pet food production. The new initiative will involve developing real beef, chicken and seafood using cell-based culturing technology, similar to the work of such brands as Because, Animals.

As Bethencourt told vegconomist in 2019: “We believe Wild Earth can be in the pet food space, what Beyond Meat is in the human food space. It will take a lot of hard work and dedication to disrupt an industry that is so set in its ways, but who would have thought 5 years ago that you could get a Beyond Burger at Carl’s Jr? I am certain that Wild Earth and our fungi based pet food will be a common appearance in all pet food stores in five years time.”