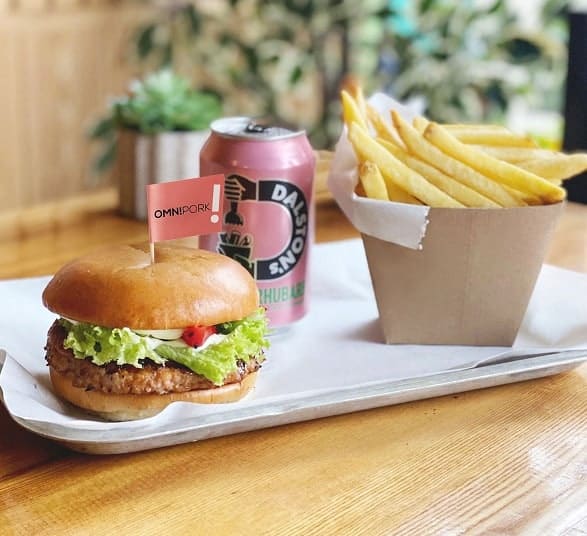 As we revealed in November; OmniPork, the vegan pork alternative which has been an absolute phenomenon throughout Asia, today announces a soft launch into UK restaurants for the first time. The highly realistic plantbased pork is from a proprietary blend of pea protein, non-GMO soy, shiitake mushrooms and rice.

OmniPork was first launched in Hong Kong in 2018 and has since has extended its global footprint from Hong Kong to over ten other Asian countries and regions and can now be found across ALDI China, Starbucks China and McDonald’s Hong Kong.

For the soft-launch, OmniPork has partnered with nine UK restaurants who are all rolling out special OmniPork menus for Veganuary, ahead of its official UK launch later this year, when its products will will roll out into restaurants and supermarkets around the country.

Visit the websites and social media pages of the restaurants above for delivery details; most are on Deliveroo or Uber Eats, but many do independent delivery. These menus are available for a limited time during Veganuary.