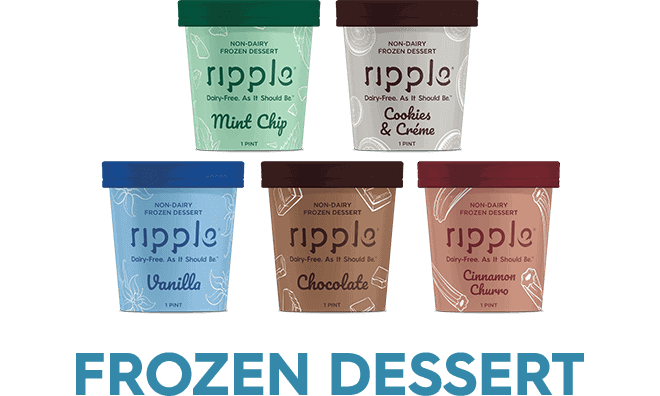 According to its Instagram page, Ripple Foods has confirmed that its new pea-protein-based non-dairy frozen dessert is now available in Sprout’s grocery stores nationwide. The vegan ice cream will be released in other major markets later this spring.

The frozen dessert is available in five flavors that include: Vanilla, Chocolate, Cinnamon Churro, Mint Chip, and Cookies & Creme.

Based in Emeryville, California, the company launched its high protein, plant-based milk in April 2016. It has since added sour cream, superfoods, and barista-style milk, half & half, yogurt, and protein drinks to its brand.