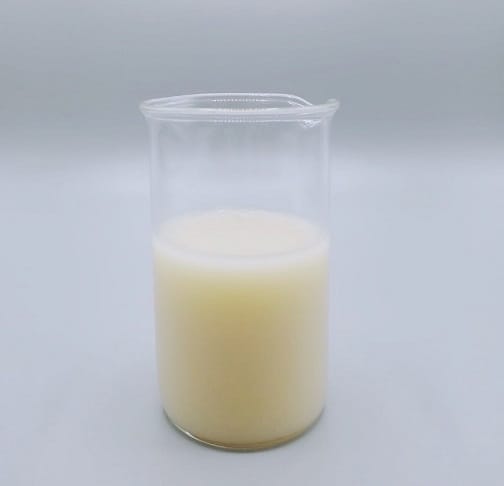 Sophie’s Bionutrients, a Singapore-based food technology company co-founded by Eugene Wang of Sophie’s Kitchen, announces today that it has developed the first-ever microalgae-based milk. The company describes itself as the world’s first food tech company to use microalgae to develop 100% plant-based and sustainable alternative protein with the core vision that microalgae is the superfood of the future.

As we reported in March, Wang was first inspired to launch the brand due to the fact that fish get their nutrients from algae, and so he began working on a microalgae-based flour that other companies could use to make alt-protein products.

The company states that the product is comparable in nutritional value to cow’s milk but that the protein value can be elevated by up to 50% by altering ratios in the water-soluble micro-algae flour, and further that that the alt-milk has a similar texture to nut-based milk but can be further refined to mimic the creamy texture of dairy. The milk was made with Sophie’s Bionutrients’ signature micro-algae protein flour with the same essential amino acids as microalgae.

Prepared in-house in a protected environment, Sophie’s micro-algae has a whole-wheat flour colour that can take on unlimited forms, textures or colours. Thus, from burger patties to alt milk, Sophie’s Bionutrients micro-algae flour can be used to develop almost any food.

Furthermore, the micro-algae is self-sustaining and can be fed food waste such as spent grains, okara and molasses during the fermentation process – creating a sustainable, circular production method. Nurturing the micro-algae in a protected environment also allows for output ten times higher than conventional sunshine pond operations, reducing the cultivation costs usually associated with micro-algae farming.

“We believe in harnessing the power of nature to build a sustainable, greener future through environment-friendly alternate food solutions. We believe that micro-algae is the best place to help us achieve this.  It is the superfood of the future. Through further refinement with food and beverage producing partners developments like this one, the world’s first allergen-free micro-algae milk, we believe we can transform the way we live, produce and consume food for the better,” said Wang.