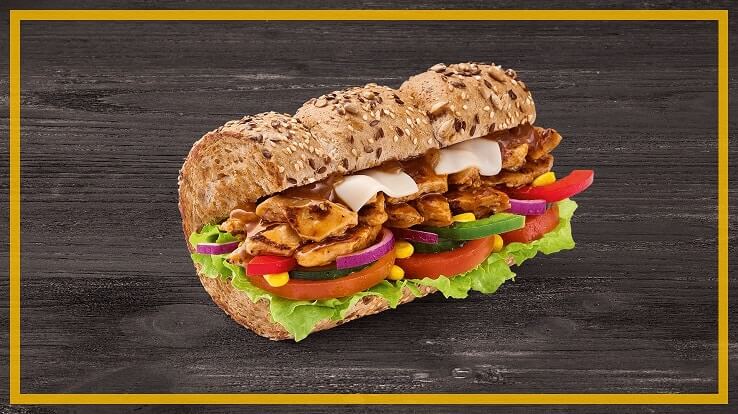 According to vegan insider platform Vegan Food UK, international sandwich giant Subway will launch a vegan chicken sub and chocolate cookie in its UK locations by the end of the year, just in time for Veganuary.

In April 2019, the global player responded to customer demands by adding a vegan sub and salad option to the chain’s permanent menu in the UK. Five months later, it partnered with Beyond Meat to create the ‘Beyond Meatball Marinara’ sub. Vegan chicken options already exist in European countries such as Germany, where the Meatless Chicken Teryaki sandwich is a menu option.

Earlier this year, vegconomist reported that UK retailers and restaurants saw phenomenal growth in sales of vegan products during Veganuary. This included Subway benefiting from its partnership with Beyond Meat, claiming to have achieved huge sales increases through its vegan options.

Subway now plans to bring a vegan chicken sub to its UK locations by the end of the year, complemented by a vegan chocolate cookie for an all-vegan menu. Further details are not yet clear, apart from the launch coming in time for Veganuary.

Veganuary creates a huge impact on vegan sales in January, hence many companies launch new vegan products or expand their portfolio just in time for the month-long event. In October 2020, Veganuary has passed the milestone of one million sign-ups and considers the plant-based movement to be unstoppable.

Toni Vernelli, Veganuary’s International Head of Communications commented on the increasing impact of Veganuary: “Last year many struggled to keep up with the huge demand for vegan options and this year looks set to be even bigger.”