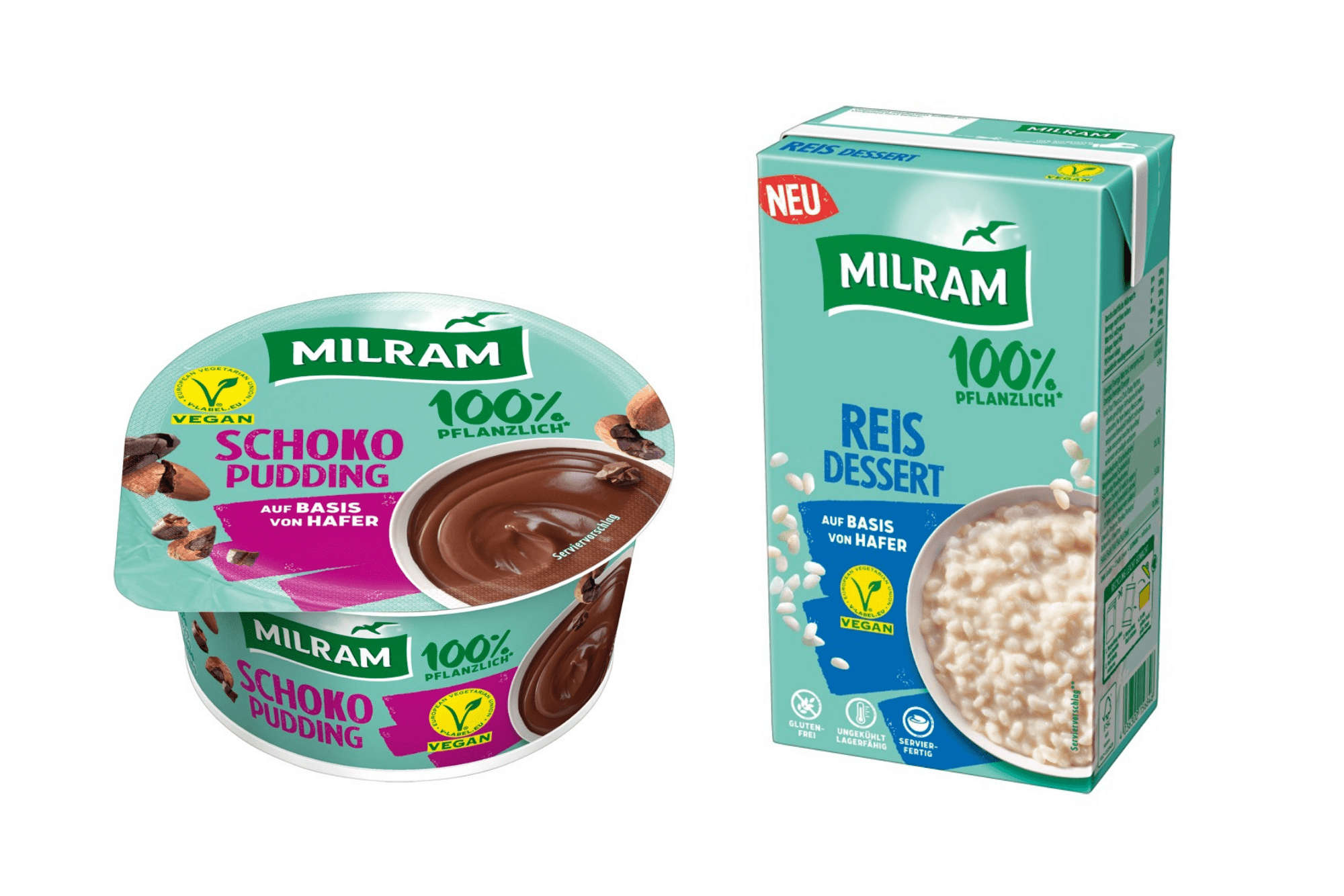 The desserts come in vanilla and chocolate flavours, made with natural bourbon vanilla and Rainforest Alliance certified cocoa respectively. Like the rice pudding and chocolate oat milk, they are ready to eat and have a short, recognisable ingredients list.

According to DMK’s research, 40.3% of MILRAM buyers already buy milk alternatives, higher than the German average. Sales of plant-based desserts are also soaring in the country. But while most consumers say they would prefer these types of desserts to be made with oats, the vast majority are currently soy-based, indicating that DMK has found a gap in the market.

DMK is one of Germany’s largest dairy producers, with over 7,500 employees and almost 20 manufacturing plants across the country. The company first hinted that it was considering entering the plant-based sector in 2019, before revealing last year that it was developing vegan cheeses and desserts. DMK says it will launch more plant-based products in other categories by the first quarter of next year.

“As a company, we see advantages for ourselves in this trend [towards plant-based], because as a dairy cooperative we have in-depth know-how and now have the opportunity to also participate in this market with our own products,” said Ingo Müller, CEO of DMK Group. “Today, it’s no longer simply about imitating animal products, but about tasty, healthy and varied concepts. Even if milk alternatives currently still account for 7 percent of sales on the white line, the topic is an unstoppable trend and, as one of the largest suppliers to the German retail sector, we want to help shape this development.”