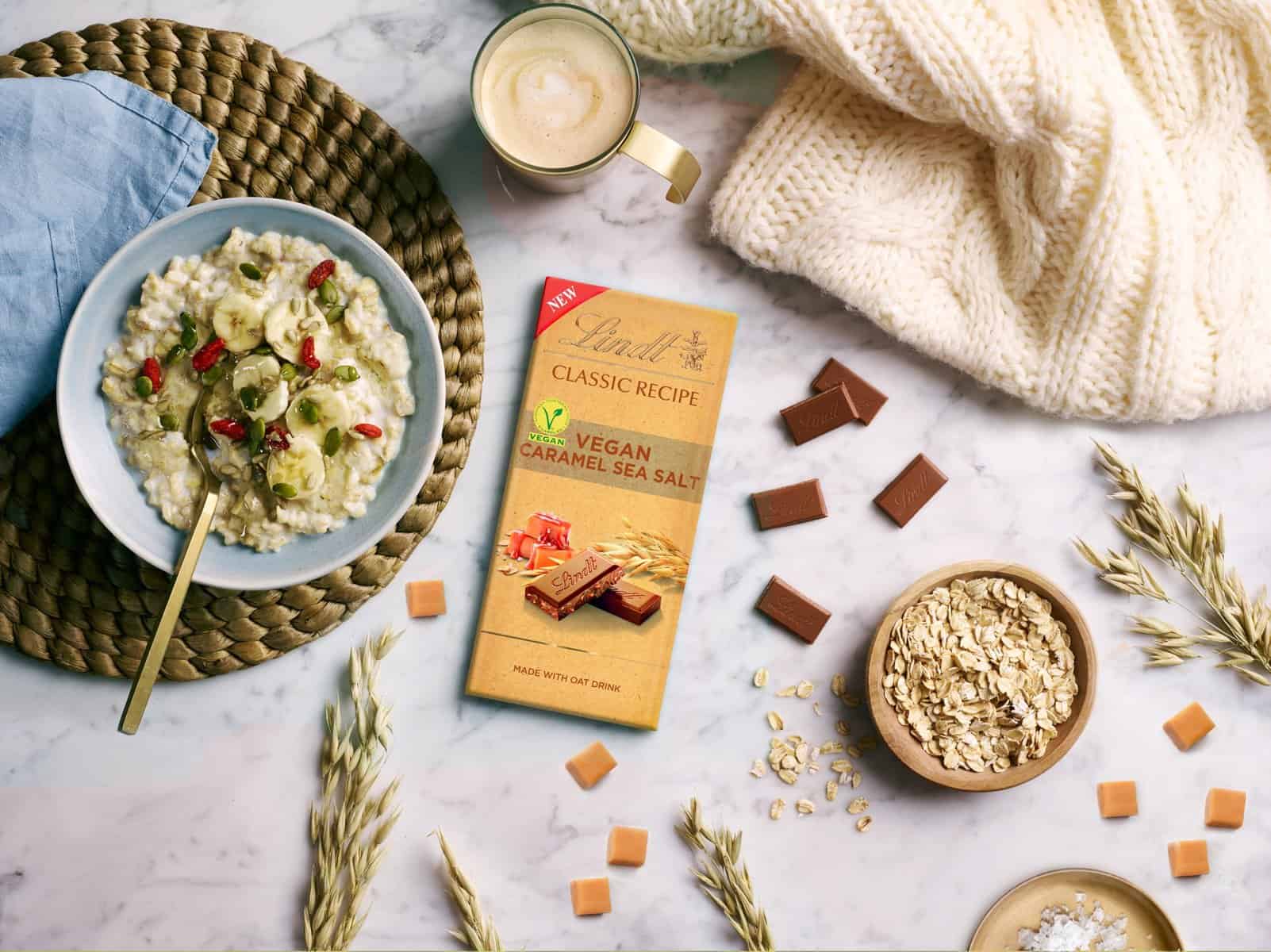 The bars are made by combining cocoa with gluten-free oat milk, almond paste, and salted caramel pieces. After a successful pre-launch on Lindt’s website on November 1 (World Vegan Day), they will roll out at Tesco and Sainsbury’s stores nationwide in January.

Lindt said the new bars were developed in response to growing customer demand for plant-based options. The launch announcement comes six months after the brand introduced a similar product — OatMilk Salted Caramel — in the US.

A year ago, Lindt UK launched its first oat milk-based chocolate bars — Vegan Smooth and Vegan Hazelnut. The former, which is also available in various other markets, was named Best Vegan Chocolate at this year’s PETA Vegan Food Awards.

In continental Europe, Lindt has added several plant-based chocolates to its HELLO range, including two Easter options (HELLO Bunny Vegan and HELLO Vegan Creamy Hazelnut Eggs) and the Vegan HELLO Santa. All three options are made with oat milk.