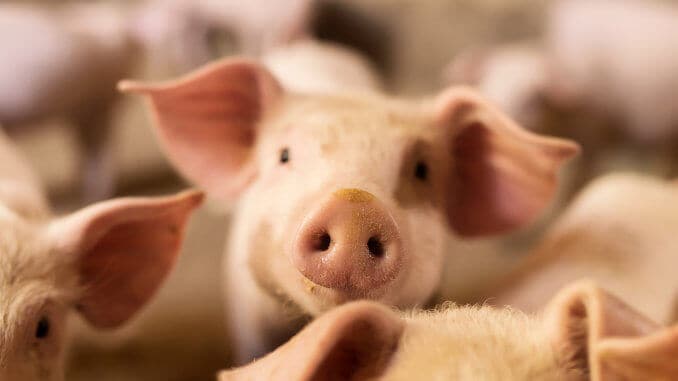 Swine flu has been raging in China for more than ten years, and experts estimate that up to 200 million more pigs will die from the disease or will have to be killed and disposed of. Terrible pictures of the killings and of slaughtered animals are being circulated in the media all over the world, and the loss will lead to a significant increase in pork prices.
Experts suspect that there may be price increases worldwide, as China will need to import gigantic quantities of pork and slaughterhouses will therefore raise prices. Some companies, such as Omnipork, are already attempting to provide plantbased or cultured pork products to fulfill the enormous demand for pork in Asia in a more ethical and sustainable way.

In order to emerge from the vicious cycle of ever-new infections, plant-based meat or laboratory meat in China could receive increased attention in the food policy debate. Meat alternatives could not only curb the multi-billion losses of the agricultural industry, they could also help to improve consumer confidence. Rising meat prices are causing more and more discontent among the population, and mass protests are certainly not in the government’s interest.

For the Chinese government, the increased consumption of meat alternatives would have another positive effect: according to doctors, reducing meat consumption could contribute to improving the health of the Chinese population. This would also help to limit the billions spent on treatments for diet-related diseases.