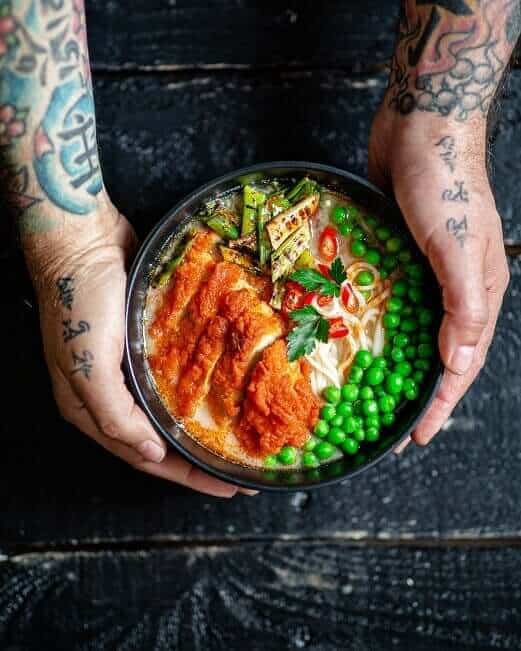 UK retail giant Tesco has been crowned the best choice for plant-based food options in a recent study of the nine major supermarkets. Tesco, the largest supermarket chain in the UK, was found to offer the widest range of own-brand vegan meals and plant-based alternatives. Here we compare the runners up and speak to Tesco’s Head of Plant-Based, Chef Derek Sarno, on the news.

Speaking to vegconomist today, Chef Derek said of Tesco’s consistent plant-based success: “We have well over 76+ vegan products and growing, making it easier than ever to make swaps from animals to plant-based. Most important to me is our amazing team! We’ve sparked the competition to keep up with us and that is good news for all of us and the animals! Keep it coming because we’re not slowing down!”

Waitrose was ranked third, offering 60 vegan options in total, offering the largest range of ready meal and pizza options, though it was also named as the most expensive for pasta and curry meals. Asda was found to have the best value plant-based products, notably in pasta and curry meals, pizza, soft cheese and milk. However, Morrisons stole the show in terms of affordability with its V Taste Free From Vanilla Ice Cream at only 80p per tub, making it at least 3 times cheaper than other own-brands.

The survey, conducted over 2020, found that 2.76% of Brits follow a vegan diet, with 7% following a vegetarian diet and 4% following a pescatarian diet. It also identified a surge in people taking up a vegan diet, as well identifying that many of the creative new plant-based options in major supermarkets are a result of people looking to take a more flexitarian approach to diet.