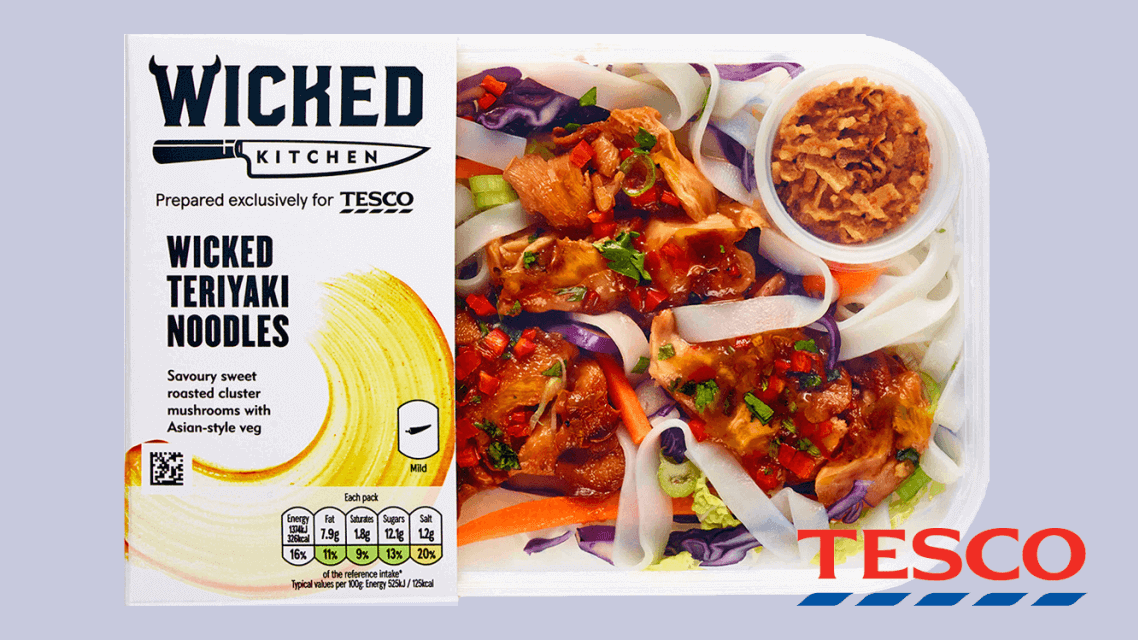 UK supermarket giant Tesco has expanded its Wicked Kitchen range in response to enormous demand. Tesco introduced their own brand range, headed by chef Derek Sarno, this January, and say that sales of vegan products have increased by 25% this year.

In order to keep up with this increasing demand, Tesco are more than doubling their range, with 26 new products including what they claim to be the ‘UK’s first’ vegan sausage roll, various pies, sourdough pizzas, chilled desserts, and deli foods.

The first of these 26 new items will go on sale today, 15th October and Tesco say that they will expand the range across November and December. Tesco product development director Kate Ewart said: “We know from our own data that flexitarianism is on the rise and many more customers are dabbling in cutting out meat for a day or so during their weekly diet.

Chef Derek Sarno, who created the range, says, “At the start of the year, I said that veganism was going mainstream, and – as plant-based options are taking over the supermarket shelves – that belief is fast becoming a reality.