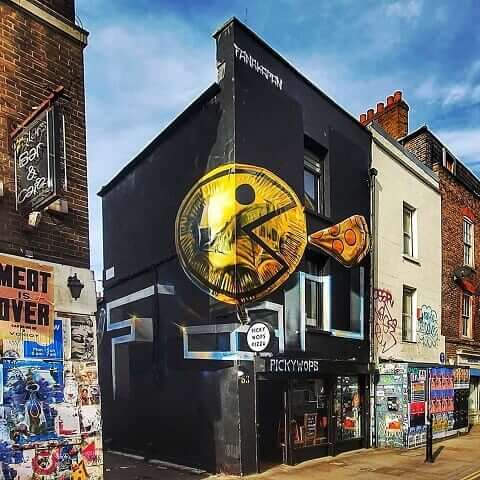 Plant-based company, Chewsygum.com, has collated the number of Instagram hashtags for vegan cafes and diners around the world to identify the most photogenic plantbased locations. The top ten list includes eateries from Germany, Estonia, the UK, US, Japan and Mexico.

At the top of the list is Brammibal’s Donuts, with over 6,600 Instagram hashtags. This café and bakery located in Berlin specialises in desserts and is 100% plantbased.

What the Pitta, a vegan doner kebab chain in the UK with locations around London and the south of England, is at number two with with 3,131 people posts on Instagram. Estonia is at number 3 with Vegan Restorn V, located in the capital city Tallinn. This restaurant serves dishes from all over the world both for lunch and dinner and has been operating since 2014.

The USA comes in at places 4, 5, and 9. Fourth place is Florida’s Dixie Dharma chain (2,649 hashtags) which has a huge range of vegan comfort foods plus vegan hot dog carts which were awarded best plantbased hotdog by PETA;  followed by The Loaded Bowl in Oklahoma (2,633 hashtags) which also serves comfort foods such as vegan mac and cheese. Ninth place from Manhattan is Orchard Grocer, an all-vegan deli with delivery service.

At places seven and eight are Japan’s Falafel Brothers in Tokyo and T’s Tantan, also in Tokyo, which specialises in vegan ramen; both with over 2,000 hashtags on Instagram.

Finally over to Mexico for tenth place, for Cali Cafe in beautiful Cozumel, serving plantbased burgers, wraps and sandwiches.