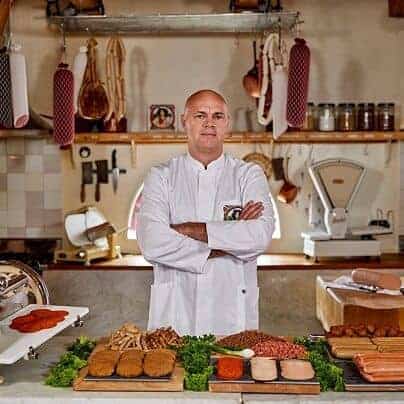 Dutch brand The Vegetarian Butcher, a subsidiary of Unilever, announces it is applying for membership in two traditional German meat associations, stating its intentions to become the largest plant-based butcher in the world.

The Vegetarian Butcher supplies patties for the Rebel Whopper in European countries. Founders Jaap Korteweg and Niko Koffeman also recently announced that they are set to enter the vegan dairy under the name Those Vegan Cowboys.

According to the Dutch brand, the first step has already been taken and last week the expression of interest for an application went to both associations.

Korteweg explains: “The request is serious. We want to enter into dialogue with the associations and the industry in order to break new ground together and open up new perspectives. We are convinced that we can make a difference on a broad scale by inviting all meat lovers to join us and taste our vegetarian meat.”

The Vegetarian Butcher has published digital and print advertisements showing a shortened version of the letters to the meat associations. In the social media, consumers are called upon to use the hashtag #thevegetarianbutcher_de to express their support for redefining the consumption of meat. The founders state they will update their social media with the progress of the application process as well as via its newsletter.

With their application to German meat associations, Jaap Korteweg and The Vegetarian Butcher appeal to meat-eaters who find themselves torn in that they would like to eat plant meat, but they do not want to do without the taste, juiciness and texture of its animal counterparts.

“The traditional meat processors and The Vegetarian Butcher are united by their love for meat – only my team and I are convinced that we can replace animals with plant-based ingredients for the perfect meat.”