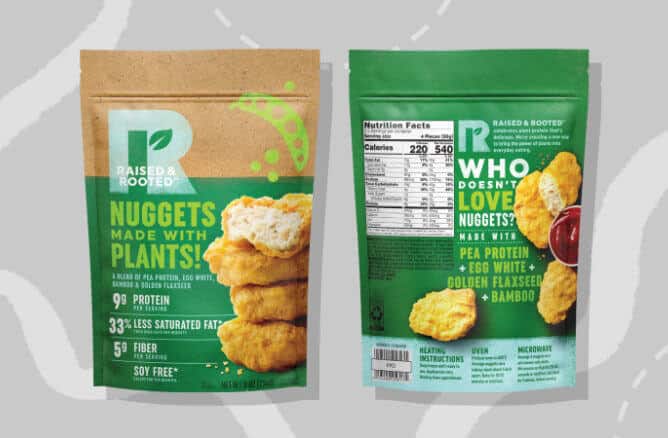 Tyson Foods has announced changes to its “plant-based” nuggets to make them vegan-friendly. The first run of the Raised & Rooted range came to the market in 2019 and contained egg whites. David Ervin, VP of alternative protein, has revealed that the egg will now be removed to fit the growing demand for vegan products.

The Raised & Rooted line has seen “impressive growth” throughout 2020, according to Ervin, prompting this switch to a fully vegan recipe. With the removal of egg whites from their nuggets, all Raised & Rooted products will now be free from any animal products, as of this month.

Tyson Foods has been testing the waters with plant-based products since 2019, when they first came to the market. The summer of 2020 also saw the launch of the Raised & Rooted blended burger, The Blend, made from pea protein and Angus beef. Although Ervin reportedly still backs the potential of blended products, The Blend has now been discontinued, signalling a shift in focus to provide wholly vegan offerings.

“We have seen velocities steadily increase each quarter on our all-plant line-up,” said Ervin, “with our most recent launches hitting strong initial velocities from the start.”

The Raised & Rooted products are already available at over 10,000 retail locations across the US, with plans to expand further into Europe. Tyson Foods already has processing stations in the Netherlands and the UK and has plans to increase their offerings throughout the continent.