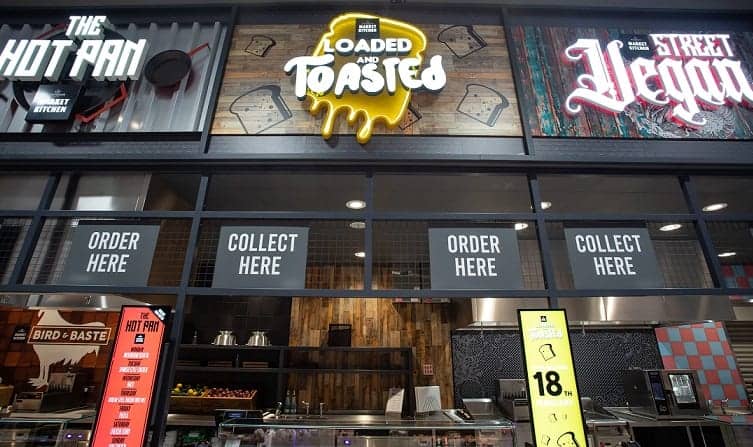 UK supermarket Morrisons is launching a new plant-based food-to-go and delivery outlet called Street Vegan in London’s trendy Camden, stocking vegan fast-food and treats. The Market Kitchen concept store, of which Street Vegan will be a part, aims to target students and young families and will be the fourth of its kind across the country.

The supermarket states the Street Vegan concept will include “indulgent vegan food”, with plant-based burgers and vegan cheese, hot dogs and dirty vegan fries on the menu. Previous versions of its Market Kitchens have been opened in Canning Town, Manchester and Birmingham.

Morrisons has confirmed that the new store will be temporary, while the local Morrisons in Chalk Farm is being rebuilt. However, it will include any elements of the concept store that prove successful in the new store. As of next week customers will be able to order food from the Market Kitchen via Deliveroo.

Morrisons entered the plant-based market back in 2018 and has been quietly competing with its rivals. In a recent study on vegan options in UK supermarkets Morrisons stole the show in terms of affordability with its V Taste Free From Vanilla Ice Cream at only 80p per tub, making it at least 3 times cheaper than other own-brands. And as supermarkets globally adapted to restrictions caused by the pandemic lockdown, Morrisons launched a vegan essentials box delivery service to help get necessary food to customers direct to plant-based homes.

“We are pleased to open our temporary store while our existing store is being rebuilt,” Camden store manager Michael Burnett told The Grocer. “We know it involves some changes for our customers but are excited to be able to offer our Market Street meals to our customers. The chefs use our fresh Market Street ingredients to create these delicious seasonal meals that are made to order for our customers.”