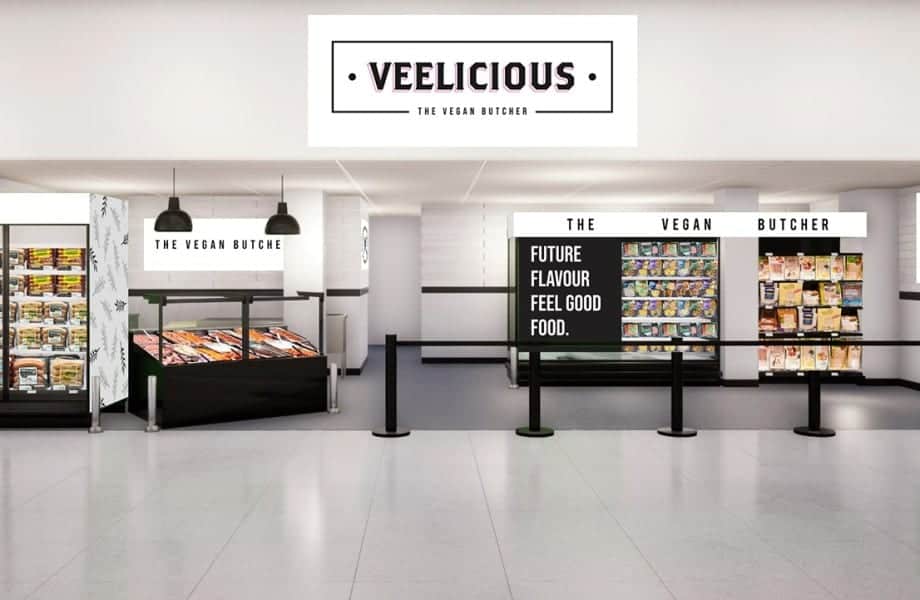 Following the news last September that it became the first UK supermarket with a dedicated vegan aisle, Asda has created another major supermarket first in the form of a vegan butcher counter. The new counters will see new plant-based alternatives like facon, bean burgers and meat-free meatballs added to its product range.

To coincide with Veganuary, Asda has announced it is trialling the new vegan butcher counter, called Veelicious. The trial comes out of a partnership with Kbox Global, a vegan concept creator who, “Build Future Proof, smart solutions for socially savvy, on-trend, food delivery”.

The Veelicious counter will be situated at Asda’s Watford store and will run as a six-month trial from January.

Customers will be offered a range of meat-free alternatives including mock lamb and vegan black pudding, with prices starting from just 75p. A selection of dairy-free cheeses, ready-to-eat meal kits and vegan staples, such as chutneys and base cooking sauces will also be served.

In 2020, over 400,000 people took part in Veganuary in the UK and this year there have already been 500,000 signups in the first week alone, as plant-based eating continues to explode. Asda has seen an increase in online searches for ‘vegan’ on asda.com at 175% YOY and is simultaneously forecasting vegan sales in January to increase +391% YOY. With up to 39% of the UK population planning to cut down on meat, vegan products are becoming increasingly integrated in the lives of UK consumers.

As Preyash Thakrar, Asda’s Chief Strategy Officer, comments on the company’s corporate page: “Across our product range we offer many options for vegans and flexitarians, such as meat-free alternatives and vegan cheeses, ensuring that our customers don’t have to compromise on quality, taste or value when following a plant-based lifestyle. Veelicious will be a ‘test and learn’ trial to help us understand what resonates with customers to enable us to enhance our plant-based proposition.”

Salima Vellani, founder and CEO of Kbox Global, added: “Veganism is now a mainstream, healthy and environmentally sustainable way for anyone to eat. We are pleased to be working with one of the country’s leading supermarkets to give consumers more of what they are asking for.”