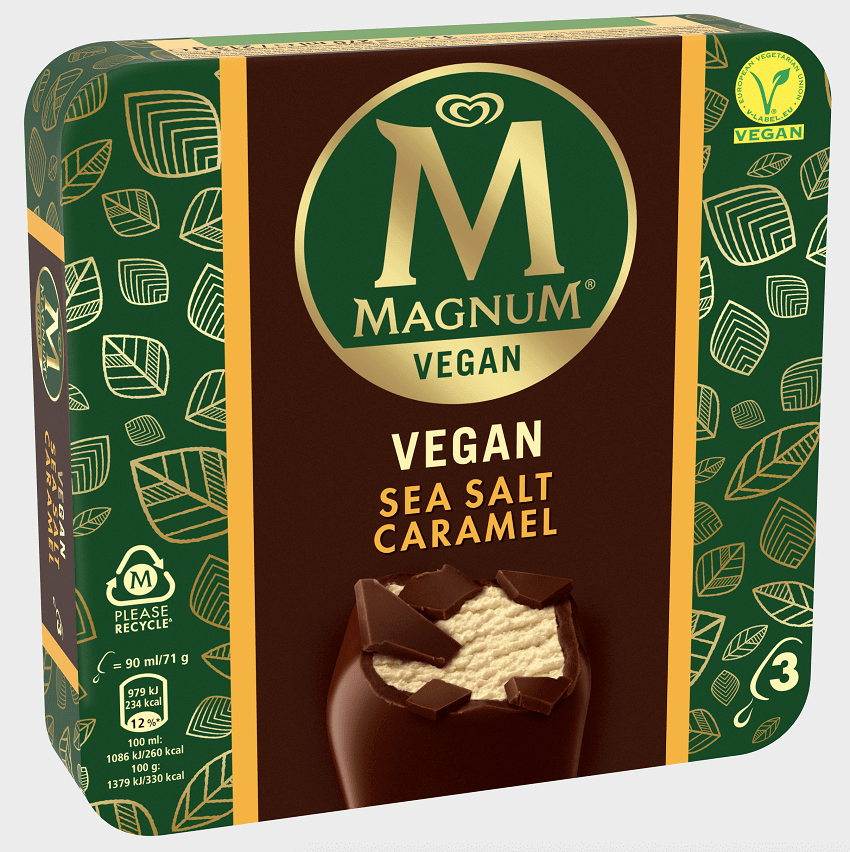 Following the award announcement, Magnum’s parent company Unilever said on Instagram that it would be developing more plant-based ice creams. But it did not reveal what the products would be or what brand they would be launched under.

Earlier this month, all three Magnum flavours featured in sustainability platform abillion’s list of the top 10 vegan ice creams in the world. The Almond flavour topped the list at #1, while the Classic was at #4 and the Sea Salt Caramel was at #6.

Unilever launched its first vegan Magnum flavours in 2018. By 2020, the company was projected to surpass €1 billion in yearly plant-based sales within 5-7 years.

A report last year found that vegan ice cream sales had more than doubled in the previous five years, largely driven by growing health awareness. The environmental impact of dairy consumption is also a growing concern for many. In its Instagram post, Unilever acknowledged that this was an issue.