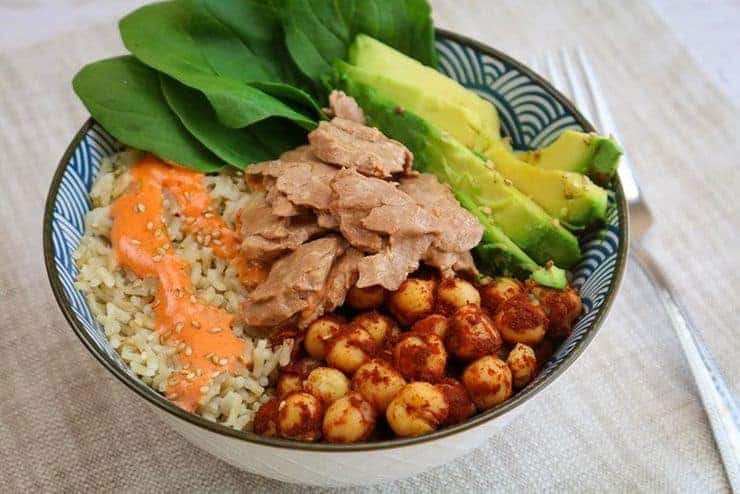 US company Triton Algae Innovations, a spinoff of The University of California San Diego, has been working on algae-based products for over seven years. Now, it is close to launching a tuna alternative.

There are already several seafood alternatives on the market, many made with soy or rice protein. But as highlighted by Sophie’s Kitchen and Bionutrients founder Eugene Wang, there’s a problem — these products usually lack the omega 3 content of seafood, meaning they aren’t nutritionally equivalent.

Wang’s solution was to use algae, which is where fish get their omega 3 from in the first place. And Triton has come to the same conclusion, growing freshwater algae species in fermentation tanks to produce both plant and mammalian proteins.

Like fellow Californian startup Trophic, Triton believes red algae has the greatest potential for use in seafood and meat alternatives. This is due to its colour and nutritional profile.

The red algae is produced by exposing green algae to UV light, producing heme. Initially, the company had planned to extract the heme and discard the remainder of the algae. But it soon realised that there was huge potential in using the whole ingredient, which is high in protein and omega 3.

According to Triton, red algae will be a key ingredient in its tuna alternative, which is set to launch soon. The company is working with a co-packer in hopes of manufacturing the tuna on a commercial scale by the end of the year.

The launch will be a “road test” of the product’s potential. For now, the algae will be combined with plant proteins, but the company says it eventually hopes to make its products entirely from algae. It joins other companies, such as The Dutch Weed Burger and Algaia, which are also using algae to make better, more nutritious meat alternatives.