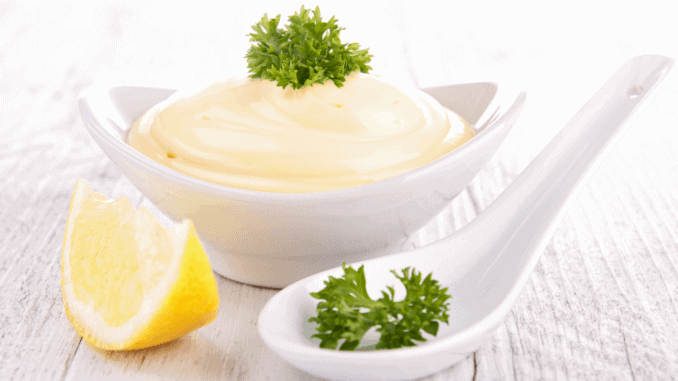 The market for vegan mayonnaise is currently experiencing huge growth and is set to continue rising through to 2025. The top brands in the sector driving this boom are Hampton Creek, Follow Your Heart Vegenaise, and Earth Balance. Industry leader Hellmann’s famously launched a vegan version of their popular condiment in 2016 in response to consumer demand, labelling it as a “sandwich spread” after attempting to sue rival Hampton Creek’s Just Mayo for using the term “mayonnaise” for an egg-free product. Mainstream mayonnaise manufacturers now must branch into plant-based products if they wish to retain success, it appears.

Egg-free mayonnaise has been available to vegans for around a decade now but has been steadily entering the mainstream food sector since around 2015. Consistently rising numbers of vegan consumers in Europe and North America and the popularity of natural, healthy and gourmet food products, boosted the demand in both regions for an egg-free mayonnaise product. This demand is also rising in South East Asia and in countries in the Middle East where there is a large expat community.

Egg yolks are replaced by plant-based ingredients such as eggplant, mustard, and chickpea, to produce a mayo in various flavours such as the famously popular Siracha by Hampton Creek. Hampton Creek and their CEO Joshua Tetrick have been big news in the corporate world since 2017 when the San Francisco startup raised $90 million in funding from famous billionaire investors, survived a coup attempt, and lost its entire board of directors excepting Tetrick himself.

Since Tetrick founded Hampton Creek in 2011, he and his charisma and vision for spreading health around the world through plant-based products, captured the attention of Silicon Valley’s wealthiest venture capitalists, obtaining $247 million from investors such as Yahoo’s Jerry Yang. Hampton Creek and their Just Mayo and other Just products, were lauded by Bill Gates as an example of “the future of food,” which led to a whirlwind of press activity for the company and to Tetrick’s inclusion of one of  Fortune’s 40 Under 40. Last year his company was valued at $1.1 billion.