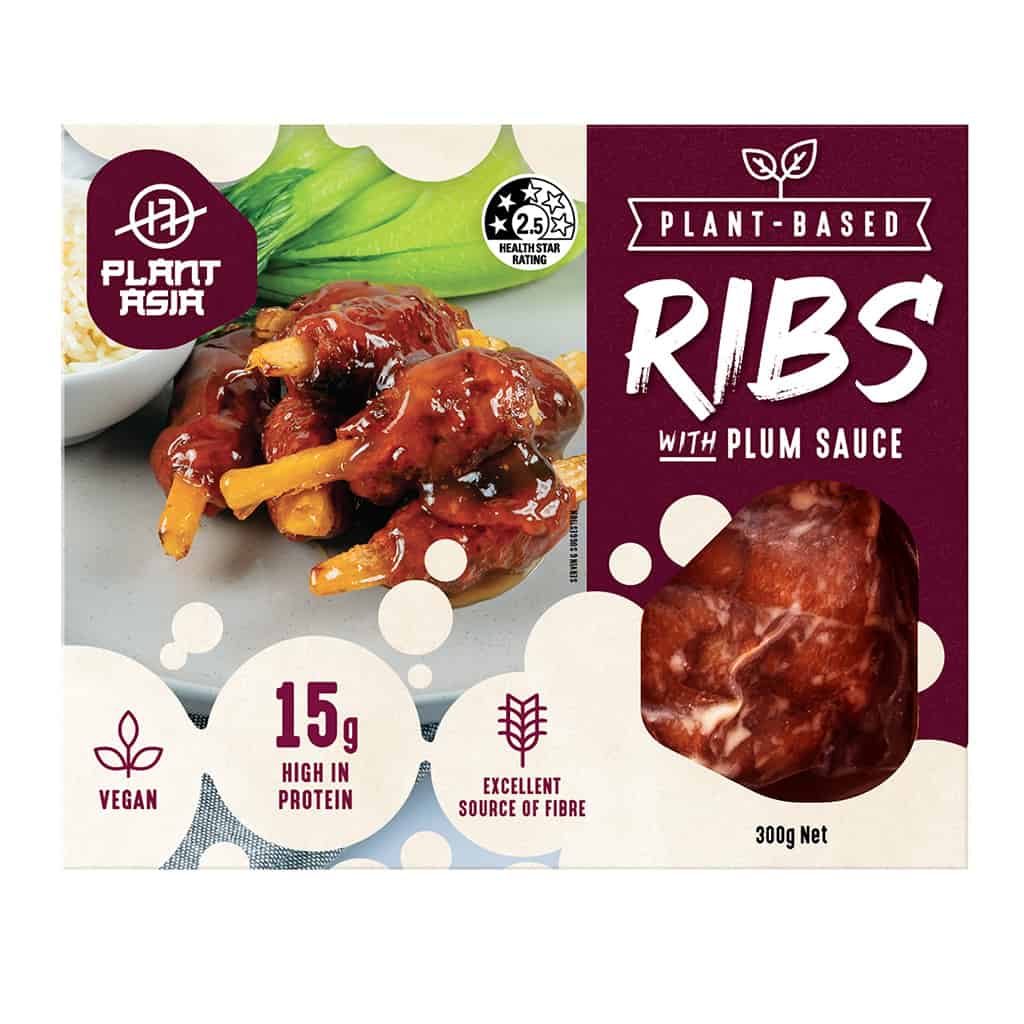 Woolworths customers in Australia will now find six new plant-based products – three of vegan cheese and three of meat alternatives – on the shelves of the popular chain. In partnership with Made With Plants and PlantAsia brands, Woolworths’ existing vegan range is being expanded across Australia.

As we reported this March, a new report found that grocery sales of plant-based meat alternatives increased by 46 percent in Australia over the past year, while the number of these products available in supermarkets has doubled. There are now over 200 different meat alternatives available, with 42 percent of them made by Australian companies.

The new products, which will be available in most of Woolworths’ 1,000+ shops nationwide, consist of Made With Plants products  Parmesan, Shredded Cheddar, and Cheeseburger Sauce; and PlantAsia products Tender Beef, Chicken Skewers, and Pork Ribs.

Cale Drouin, Co-founder of Cale and Daughters, the parent company of Made With Plants and PlantAsia, says these new products offer Australian consumers an even greater value advantage. “Australian consumers now have the advantage of choice,” he says. “Instead of being limited to one or two vegan cheeses, Woolworths customers can choose from a variety of flavour profiles reminiscent of traditional favourites like Parmesan, Cheddar and Mozzarella.”

“To ensure the success and longevity of our business, we need to look beyond the core vegan market. Indeed, flexitarians are the future of the vegan movement in Australia. Our goal is to produce vegan food that is tasty, accessible and appeals to the widest possible range of Australian consumers. If people include our plant-based products as part of a flexible weekly diet, we see that as a significant win in changing consumer behaviour,” adds Drouin.