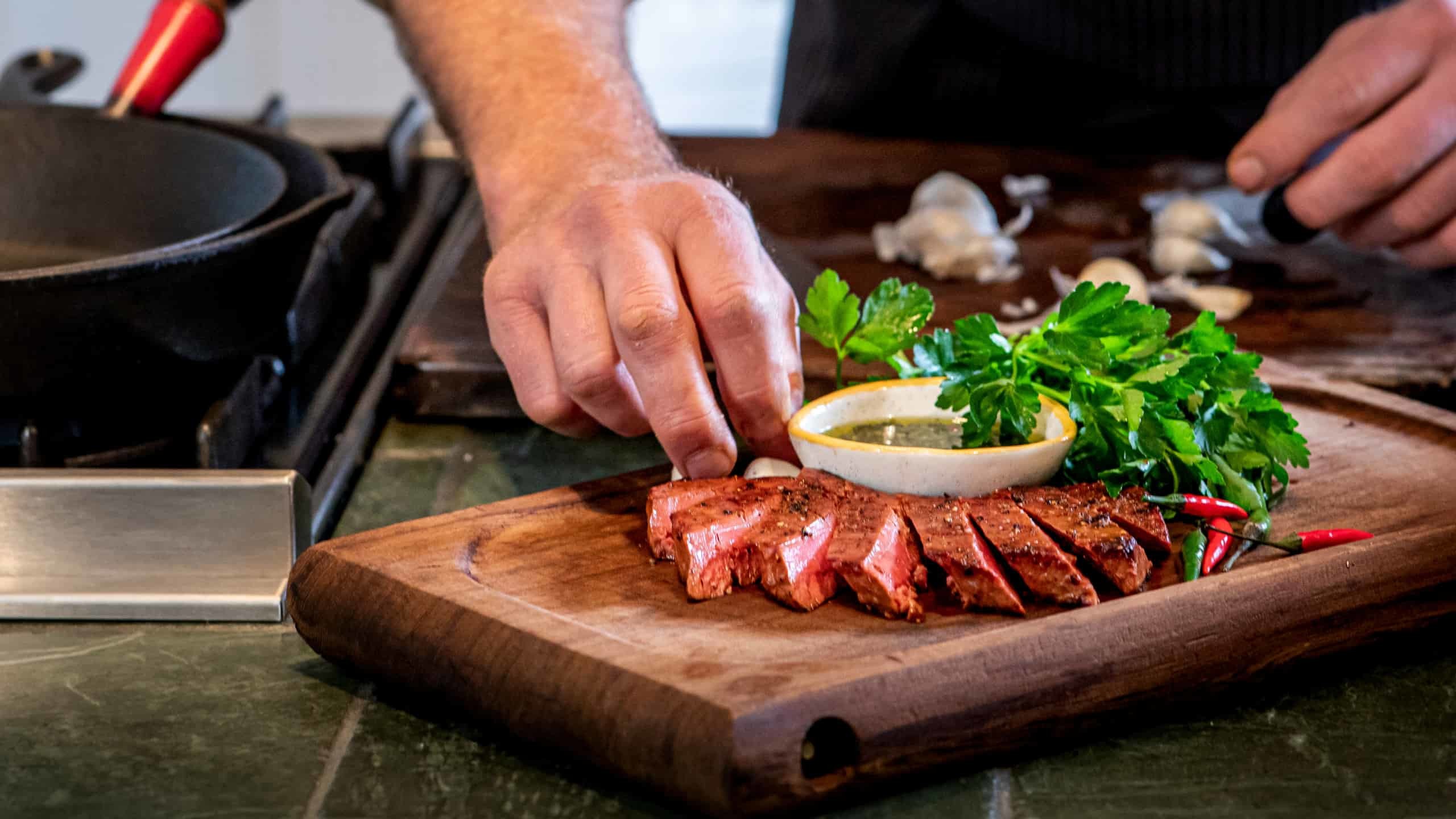 Meati, the mycelium-based meat specialist from Colorado, is to introduce its Meati Steak Filet for direct consumer purchase. As of next Monday, May 23, Meati will be expanding its superfood protein lineup by launching the Meati Steak Filet with national shipment via its website.

Meati’s Steak Filet is a whole-food, whole-cut beef alternative made with mycelium – the root network of mushrooms. The Boulder-based company claims each 4 oz. steak serving is rich in umami flavor and comes ready to season and prepare like a conventional piece of steak. A single serving is zero cholesterol and complete with 14g of protein, as well as a host of micronutrients such as Riboflavin, Niacin, Folate, Vitamin B12, Zinc, and Copper.

The company recently launched its Meati Cutlets via its e-commerce platform and they sold out in under 2.5 hours. Last year saw Meati raise over $50 million in its Series B funding round, becoming one of the most well-funded companies in the burgeoning mycelium food scene. Nevertheless, the company has recently found itself embroiled in a legal dispute with fellow producer The Better Meat Co. over intellectual property.

In a recent interview with vegconomist, Meati founder and CEO Tyler Huggins stated: “I see nothing but growth for the category. Mycelium is an extremely versatile and energy-rich superfood, and I think we are only scratching the surface of what’s possible. For Meati, we’re in the process of building and planning around future facilities that will enable us to rapidly scale and ultimately deliver hundreds of millions of pounds of Meati over the next several years.”