Shanghai Disney Resort has launched a new line of plant-based cuisines, catering to the rising interest in veganism in Asia, according to our Chinese correspondants at Vegans of Shanghai.

Speaking with China’s Plantbased Consulting, Disney’s executive chef said of the development, “Overconsumption is now a normal phenomena in our continually developing society. We spend a lot on meat on a daily basis. Thus, it is important to balance our diets with more plant-based foods, which is also better for our bodies from a nutritional standpoint. The demand for a healthier lifestyle has driven up the popularity of fitness, which in turn has increased the demand for healthier foods. Plant-based foods are very much in line with this healthier way of eating. Though, the most important issue is environmental protection. Consumption of animals has a greater impact on our use of resources and the environment. Thus, more people opting for plant-based foods is an inevitable trend.” 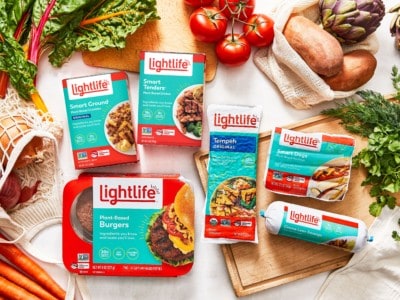 Lightlife Reformulation “Raising the Bar for Other Brands in the Category” In Round Two of Last Year’s Burger Wars?
May 18, 2021