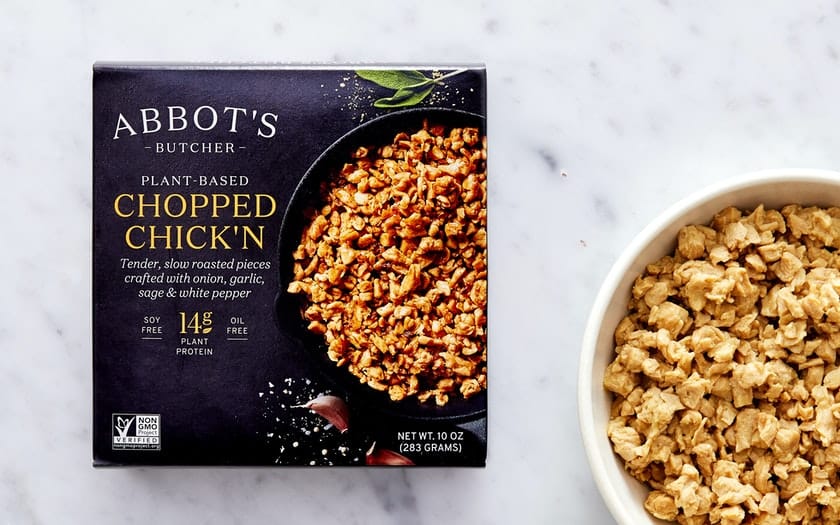 Founded in Southern California, Abbot’s Butcher makes the only Whole30 Certified plant-based meats that are free from soy, gluten, preservatives and canola oil. Its products, which include Slow-Roasted Chopped Chick’n, Chorizo and Ground Beef, can be found at retailers across the US, including Whole Foods Market, The Fresh Market and Fresh Thyme. In May 2022, the brand launched into over 1,000 Target locations.

In food service, Abbot’s products can be found at Freebirds World Burrito, The Encore at Wynn Las Vegas, and Honeybee Burger.

“When we decided to add a plant-based Chick’n to our lineup, we found that most of the options out there were soy or gluten-based and full of unpronounceable ingredients,” said Protein Bar & Kitchen Operations Services Manager, Laura Camerer. “Once we tried Abbot’s Butcher, we knew we found the right match; not only was their Chick’n delicious, it was also a clean and allergen-free label.

She adds, “We’re really excited to have found a company that understands the importance of what we put into our bodies and we think both our omnivore and plant-based guests will find the Abbot’s Butcher Chick’n enjoyable.”