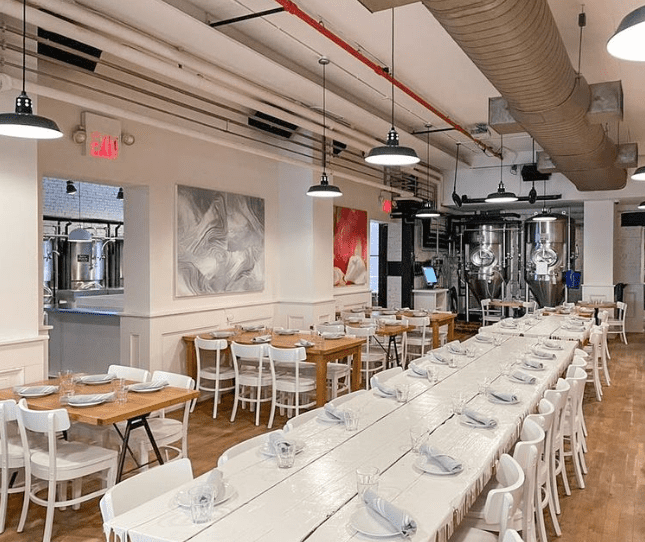 “Our restaurant and brewery is unlike anything else in the world”

Located on Bowery Street, the sprawling establishment features two levels and a private vegan brewery, which Belse says is the only 3-vessel German brewhouse in Manhattan. Launched by the team behind LA’s celebrated Little Pine restaurant, Belse’s menu is crafted by chef Anthony Spino and offers a seasonal selection of plant-based pizza, pasta, burgers and vegetable entrees. Open for lunch, dinner and late-night dining, Belse also provides a weekend brunch,  where it serves crowd favorites like banana pancakes, vegan chicken & waffles and mimosas.

In addition to the full-service bar, the brewery offers a rotating menu of house-made craft beer and ales, including pale lager, hefeweizen and blackberry ale. Before launching on the East Coast, Belse opened its first location in February 2022 in Dallas, TX to enthusiastic local acclaim.

“Our restaurant and brewery is unlike anything else in the world,” Chef Spino told Secret NYC. “It’s a state-of-the-art brewery with elevated plant-based cuisine in the heart of the largest population center in the country and the greatest city in the world. The menu is region agnostic, as we all just want incredible food, made from the best ingredients, in a beautiful setting.”