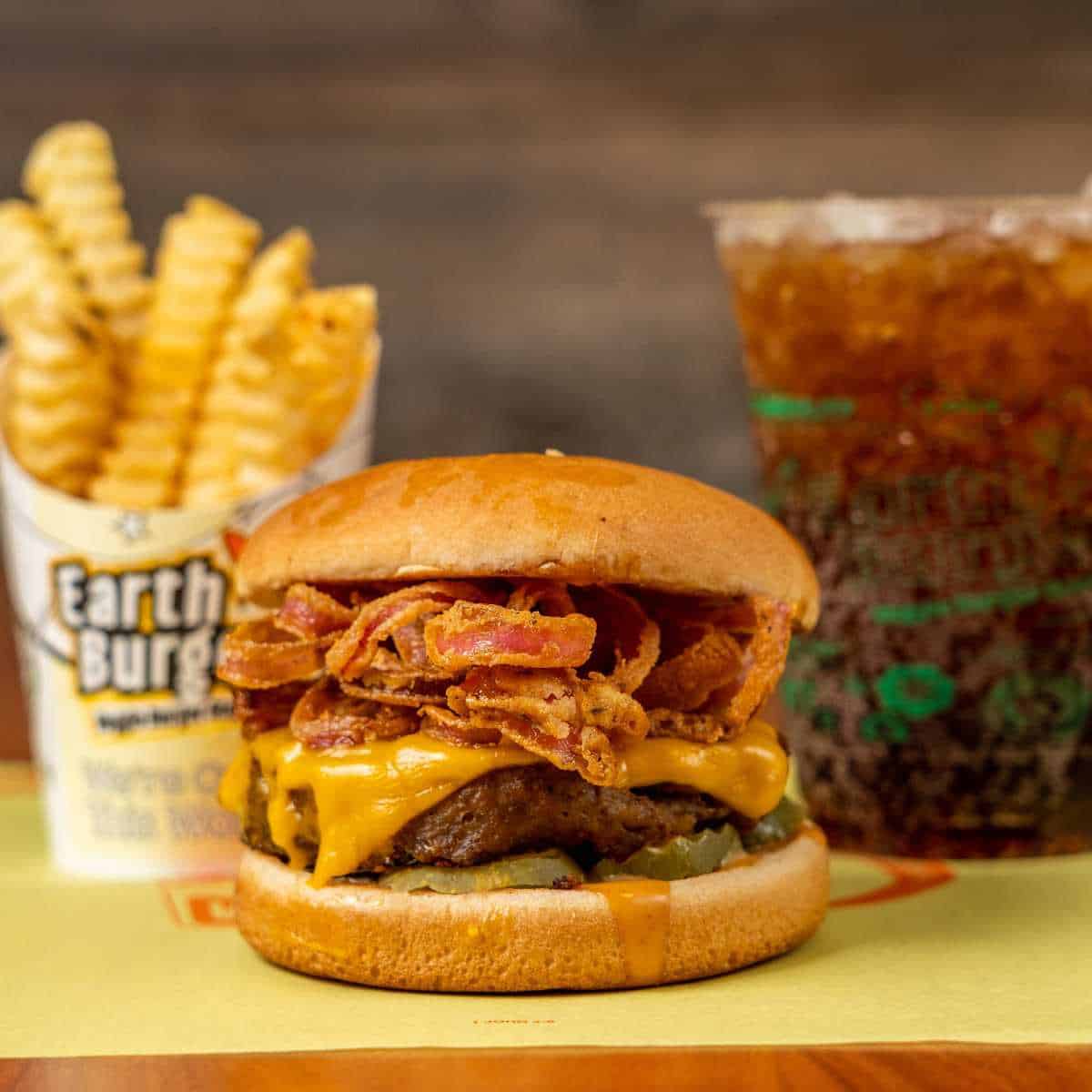 Earth Burger, an award-winning vegan burger chain based in San Antonio, Texas, is opening a digital restaurant in Dallas, marking the brand’s first expansion beyond the state’s South Central region. The new concept will be available to order at Oomi Digital Kitchen, a digital food hall located at 3510 Ross Ave. in Dallas.

Debuting on January 17th, Earth Burger’s menu will feature its signature Ranchero, Classic Burger and Chik-n Sandwich, as well as the Breakfast Warp Wrap, Tater Tots, and popular Crinkle French Fries. The company notes all of its burgers and sandwiches are made to order, along with fresh housemade sauces.

Founded in 2014, Earth Burger describes itself as one of the first concepts to serve 100% plant-based fast food, and now operates three locations in Southern Texas.

At Oomo Digital Kitchen, Earth Burger will be featured alongside 10 other restaurant concepts. Oomi co-founder Markus Pineyro said the hall was excited to work with the brand. “We’d been seeking plant-based offerings, so it was only natural for us to look for the best plant-based burger concept in Texas,” Pineyro shared.

Commenting on the restaurant’s key to success,  Earth Burger founder and chef Mike Behrend said, “[Y]ou’re not settling for an average bland fast food meal at Earth Burger. Our completely meatless menu features bold recipes and sauces we create in-house, bringing out the best flavor in our dishes. We want to provide a really delicious meal that just happens to be plant-based.”