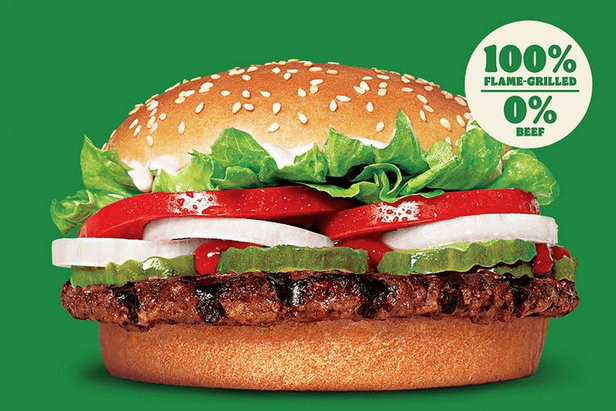 Has Burger King become the European fast-food leader in terms of veggie offerings? That’s what a new Burger King statistic leads us to believe, according to which one in three Whopper burgers sold in Belgium is vegetarian.

“But in some restaurants, even one in two Whoppers sold is vegetarian”

“Belgium may not be a leader in terms of food, but it does stick to its habits. But we have seen a huge evolution in recent years. Belgians are making more conscious choices, and this applies to both women and men. The strongest growth in vegetarian and vegan eating is in the group that has become flexitarian: people who make conscious choices about their diet and regularly opt for a meat substitute. […] So offering our iconic products in a vegetarian version was a logical consequence for Burger King,” he adds.

Another passage from the interview concerning BK’s strategy and the rise in meat prices is also very interesting: “In the past, a veggie product was more of a veto burger: to avoid losing customers. If you had a group of ten friends, one of whom was a vegetarian, you would go to the restaurant with a vegetarian option. Now it can please everyone. […] Because of the pressure on the sector, price increases, etc., meat could become a semi-luxury product in the future. Today, price increases are already higher for meat than for vegetables.”

To offer both vegetarian and vegan versions of its burgers, nuggets and other traditional dishes, Burger King Europe teamed up with The Vegetarian Butcher, a Dutch vegan brand founded in 2007 and acquired by Unilever in 2018.

Burger King clearly wants to become the leader in veggie fast food in Europe. Indeed, after opening a 100% vegan establishment in Cologne, Germany in 2021, Burger King has gradually opened establishments and pop-up restaurants in London, Madrid, Basel and Geneva.

In Belgium, the Veggie Whopper has been available since the end of 2019 and the Veggie Nuggets since 2021. In France, Burger King is lagging behind with the Veggie King veggie burger only being released in May 2021.