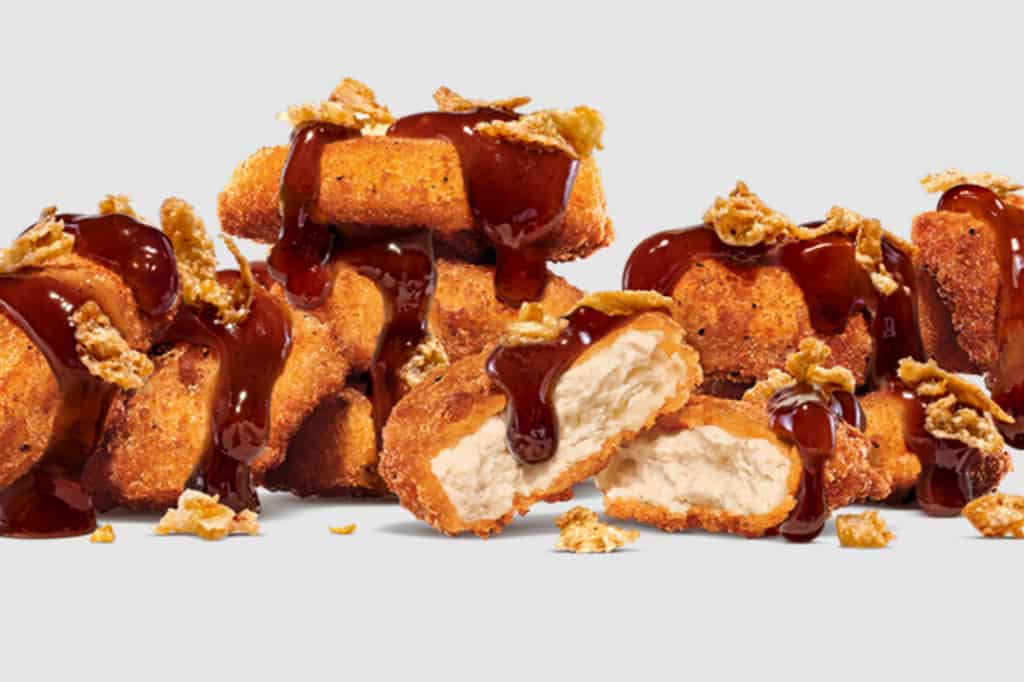 Made in collaboration with The Vegetarian Butcher, the soy-based nuggets are a limited-edition version of the popular vegan nuggets launched by the chain at the beginning of the year. They come topped with barbecue sauce and crispy onions.

To buy the nuggets, customers will need a code that can only be found on the Burger King app. The menu item will be available both in-store and via click-and-collect from November 1-6. It can also be ordered from Deliveroo.

Burger King has been expanding its vegan options worldwide as it aims to become 50% plant-based by 2030. The chain’s UK restaurants are no exception, with vegan katsu curry burgers launched in March and the Vegan Royale introduced last year.

In mid-October, Burger King announced that one of its Bristol restaurants would become fully plant-based for two weeks, following the success of a similar experiment in London earlier in 2022.

“We’re incredibly proud of our meat-free menu; it delivers big taste with no compromises and reflects our ongoing commitment to serving a diverse and innovative range of products,” said Katie Evans from Burger King UK.