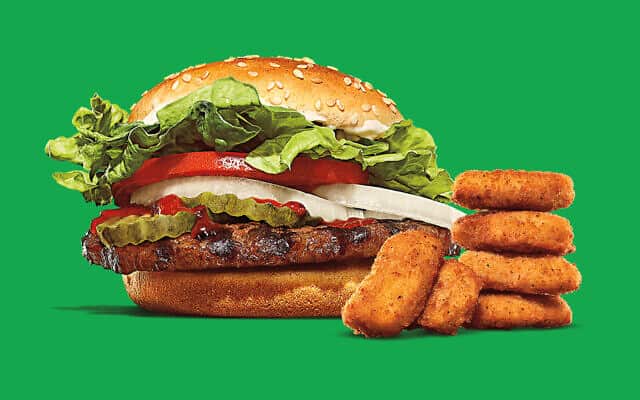 Last Monday, the Whopper and nuggets debuted as part of a one-week trial at a Burger King restaurant pop-up in Tel Aviv. After the pilot, the items will appear on menus at nine franchise-owned stores by next month, according to Burger King Israel.

Keren Kupermintz, vice president of marketing, trade and business development at Delek Israel and Burger King, said: “The launch of the plant-based category at Burger King Israel is a strategic move since, in our opinion, a large audience is looking for meat alternatives — not only vegans, but also those who reduce meat consumption, and this is a fascinating and developing trend on a global scale.”

In an interview with the Times of Israel, Mishor explained that “while many food tech companies out there, like Impossible Foods and Beyond Meat, have achieved success on the taste factor, the texture — the feel of the product in the mouth — has lots of room for improvement.”

In 2021, the company filed a patent for its texturized protein ingredient (TPI), or textured vegetable protein, which MTE plans to license to other food tech companies. To date, the company counts on a team of food technologists, protein engineers, and mechanical engineers.

“The product development process took about two years, including finding the ideal partner for the journey and a long series of fundamental, in-depth, and extensive market research and tests, per the international standards of the global brand,” Kupermintz said in a statement. “We are proud of this important addition to the chain menus,” he added.