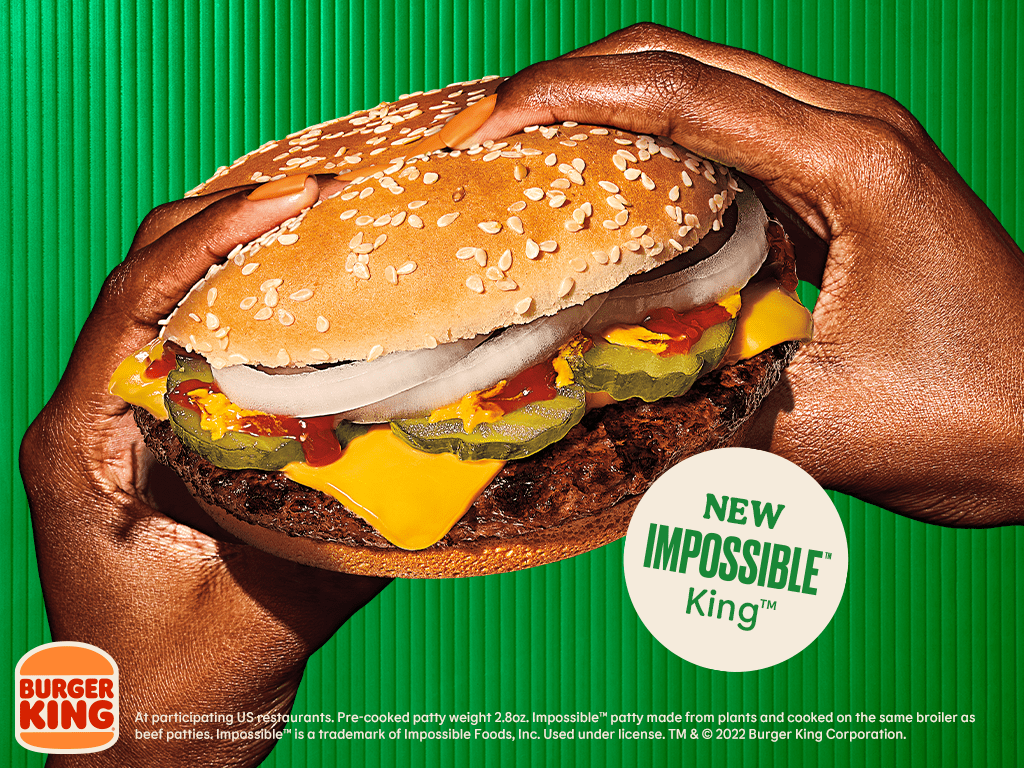 Impossible Foods announces that, from June 27th, there will be two new Impossible Burger menu items at Burger King across the USA.

In France, vegan bacon legends La Vie recently scored a victory with French Burger King, after petitioning on social media, OOH campaigning in the Paris metro, and even taking out a newspaper ad in Le Parisien, appealing for BK to add its bacon to menus after discovering that the conventional Steakhouse contains bacon while the plant-based version does not. La Vie succeeded, and its plant-based bacon now features on the vegan burger in France.

BK has been forward-thinking of late when it comes to plant-based; after successful trials in London, Madrid and Cologne, the fast food giant recently has converted its locations in the Swiss cities of Basel and Geneva into plant-based locations. Might there be an opportunity here for a US producer of vegan bacon to make an appeal similar to that of La Vie? And what about US producers of plant-based cheese?

The new Impossible options in the USA are:

Additionally, the spokesperson states that the burgers are cooked on the same surface so the company can’t 100% guarantee there’s no cross-over with other proteins – as such these will not be appropriate for vegans who choose not to consume items cooked on shared surfaces.

Come on Burger King, you’ve made it this far.