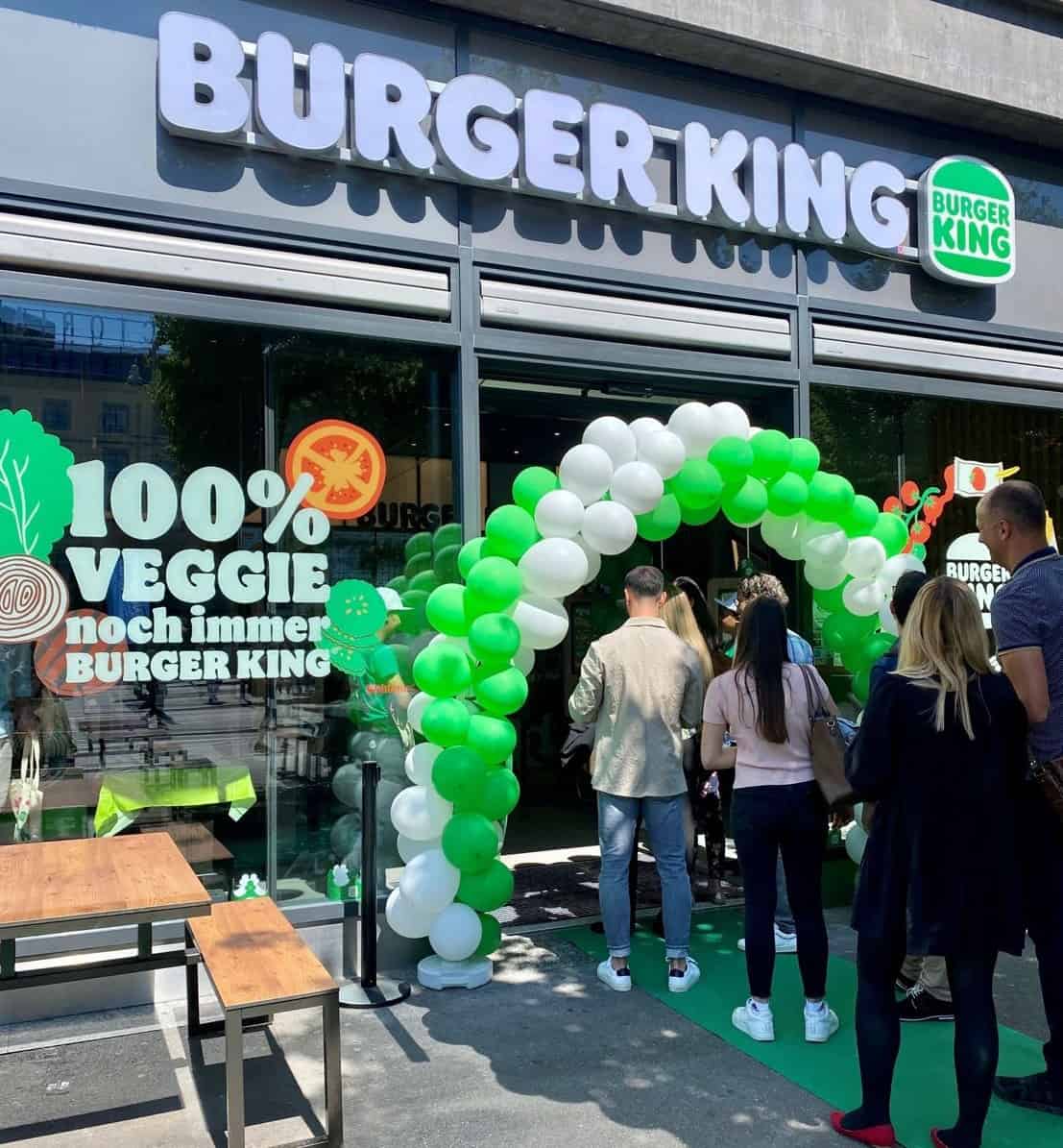 Following the success of the plant-based Burger King trials in London, Madrid and Cologne, Burger King has converted its locations in the Swiss cities of Basel and Geneva into plant-based stores for a limited time in partnership with The Vegetarian Butcher.

The popup stores will be present from now til 23rd June offering 14 plant-based menu options including the launch of new Cajun Veggie King and Cajun Veggie Long products. It is not clear at this stage whether these are 100% vegan — vegconomist will report further.

Says The Vegetarian Butcher on social media: “Due to popular demand, the fully vegetarian Burger King restaurants have now landed in Switzerland! And this time, we even opened TWO of them! After Cologne, Madrid and London, Burger King puts our ‘new meat’ on the menu in two of their Basel and Geneva stores.

“Reaching as many meat lovers as possible, that’s what it’s all about for The Vegetarian Butcher. Until the 23rd of June, for ten days only, Swiss meat lovers will be spoiled for choice. With 14 (!) products on the menu starring our plant-based meat AND the nationwide launch of the delicious Cajun Veggie and Long Cajun Veggie, there are even more reasons to #SacrificeNothing.”