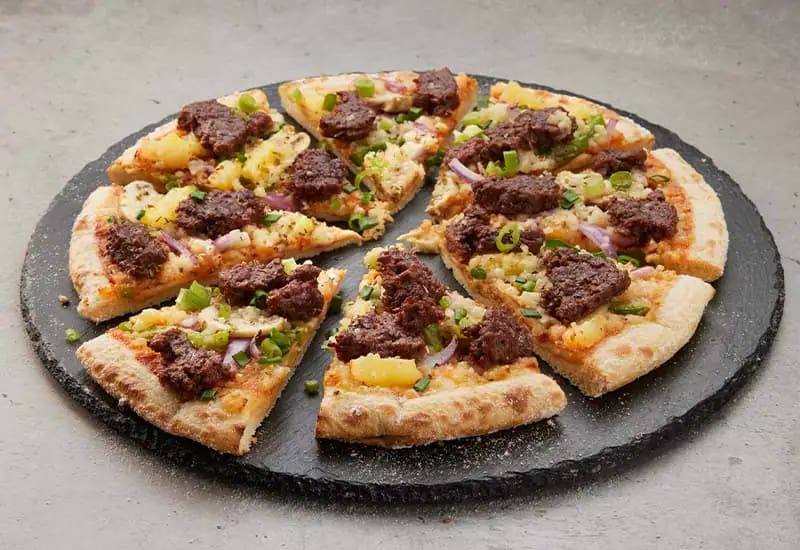 Domino’s Australia has joined forces with Impossible Foods to launch a new range of pizzas made with plant-based Impossible™ Beef.

The pizzas, which will also be available at Domino’s New Zealand, include:

All five options are also available as vegetarian pizzas topped with dairy cheese, so plant-based eaters should be careful to specify their preferences. Additionally, two more Impossible pizzas have been launched (the Cheeseburger and Hamburger), but they are not suitable for either vegans or vegetarians as they are made with dairy cheese containing rennet.

Elsewhere in the world, Domino’s has been launching more plant-based options. In France, the chain offers four vegan pizzas, while Domino’s India introduced a plant-based chicken topping in late 2020.

In the UK, a range of vegan pizzas is available at Domino’s stores nationwide. Domino’s USA suggested some time ago that it was considering launching plant-based toppings, though options are currently still limited.

“We know that people are actively seeking more sustainable food options, but it is also critical that these alternatives deliver on taste and a great pizza experience,” said Domino’s Chief Marketing Officer Adam Ballesty. “The Impossible™ Beef pizza topping does exactly that. It has all the flavour and texture of juicy, authentic minced beef, but with far less environmental impact. Whether you’re looking to reduce your traditional meat consumption or mix up your menu with flexitarian choices, Domino’s new Impossible Pizzas provide all our customers a meaningful option without compromising on taste, for the perfect Impossible Pizza Night.”